Brett Kavanaugh was a secret source to Bob Woodward while working as a lawyer in Ken Starr's 1999 investigation: report 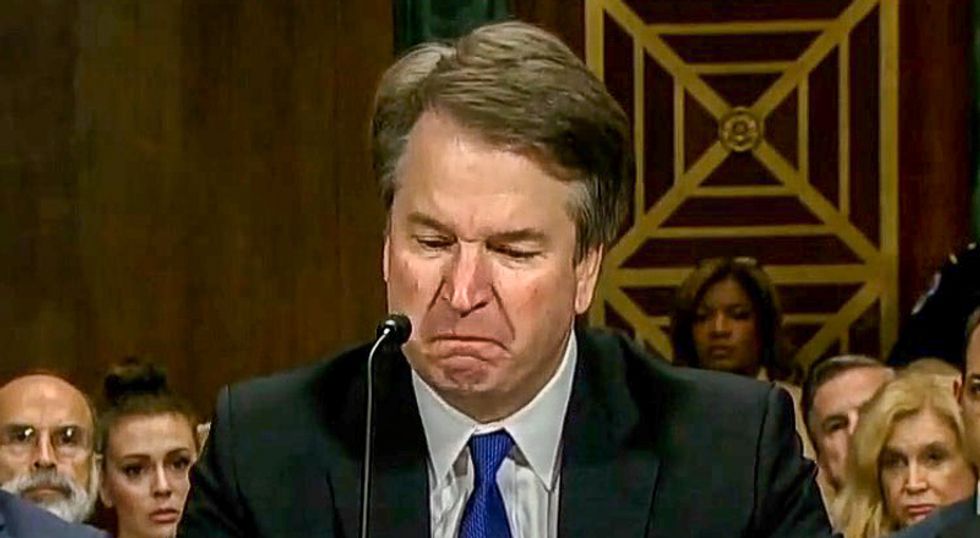 New York Times reporter Ben Smith revealed a bombshell in a piece about the Washington Post on Sunday. While President Donald Trump has railed against anonymous sources, it appears his own Supreme Court judge used to be one.

According to the report, writers at the Post can look at upcoming stories by looking at the back end of their content management system. "And at the height of the furor over Brett Kavanaugh's nomination to the Supreme Court in 2018, some who did saw a shocking article awaiting publication," wrote Smith.

"In the article, Bob Woodward, the Post legend who protected the identity of his Watergate source, Deep Throat, for 30 years, was going to unmask one of his own confidential sources. He was, in particular, going to disclose that Judge Kavanaugh had been an anonymous source in his 1999 book Shadow: Five Presidents and the Legacy of Watergate," said the report.

Woodward wanted to expose Kavanaugh because he had publicly claimed, "in a huffy letter in 1999 to The Post," that he wasn't a source for Woodward in 1999. According to the claim, Kavanaugh gave Woodward juicy details about Ken Starr's investigation behind the scenes while serving as a lawyer on Starr's team.

It was executive editor Martin Baron who stopped it, insisting that Woodward uphold his agreement.

"The article, described by two Post journalists who read it, would have been explosive, arriving as the nominee battled a decades-old sexual assault allegation and was fighting to prove his integrity," reported Smith.

It's safe to say that given Trump's hatred for leakers if Woodward had outed Kavanaugh, the president may have questioned recommendations for the judge.

Woodward still has not revealed what information Kavanaugh gave about Starr and his work.

Writing on Twitter, Conway posted a screen shot of a voicemail transcription asking him and his wife, former Trump White House counselor Kellyanne Conway, to come to Trump's Bedminster resort.

R. Kelly has been transferred from prison in Chicago to a jail in New York ahead of his sex crimes trial next month, records showed Wednesday.

The singer is now being held at the Metropolitan Detention Center (MDC) in Brooklyn, according to the Federal Bureau of Prisons website.