‘Buckle up’: MSNBC’s Donny Deutsch warns Trump willing to do literally anything to win re-election 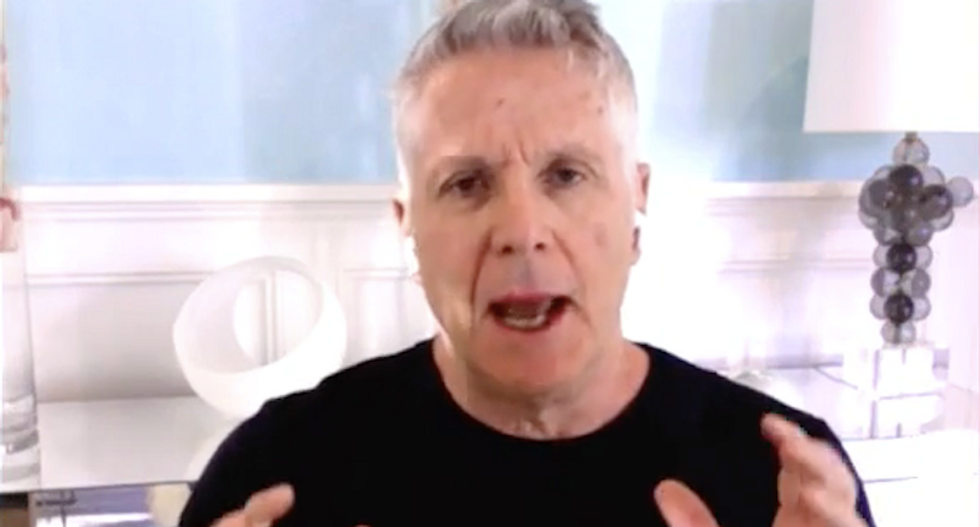 MSNBC's Donny Deutsch warned that President Donald Trump was willing to do anything to make sure he doesn't lose the election.

The "Morning Joe" contributor said the president was desperate to win re-election, and that made him dangerous.

"There is no rebranding with this president because he would not rebrand himself," Deutsch said. "He's not capable of it, he doesn't want to, he's going to double, triple, quadruple down."

"I want to give a brand warning up there we need to buckle up," he added. "Wherever your imagination can take you what the brand would do -- cheat, steal, start a war, that's where it can take you."

Deutsch said last week's brutal crackdown on peaceful protesters outside the White House was a harbinger of what's to come.

"June 1 was the beginning -- buckle up," he said. "Things we have not thought about historically will happen. Like I said, even him starting a war, wherever your mind can take you, the lowest step what this caged animal -- I'm not literally calling him a caged animal -- but what a caged animal can do, he is capable of doing. I think the next five months will be the most tumultuous months our country has ever seen throughout history."