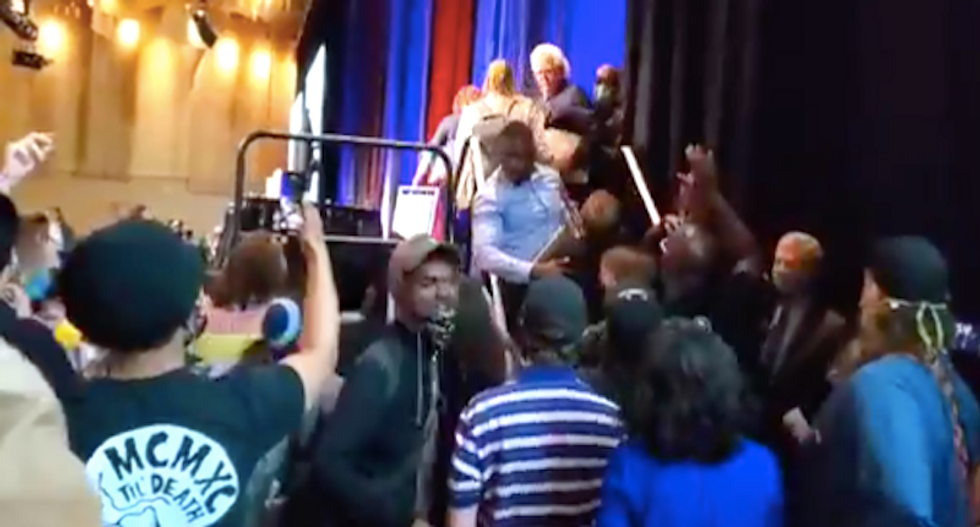 A Cincinnati budget input hearing ended in chaos after a city councilman abruptly ended the public meeting after the crowd became angry at a resident calling to boost spending for police.

Councilman David Mann, who served two stints as mayor in the 1980s and early 1990s and is running again next year, called to adjourn the hearing early after the crowd began shouting down resident Carl Bechman's call for more police funding, reported WXIX-TV.

“This went from an emotionally charged evening to close to a mob,” he added. “We had one speaker who spoke in favor of the police, and he was shouted down. I said, ‘Hey listen folks, we are here to listen to each other,’ and then I was shouted down. Frankly it seemed to me we lost the purpose of the public hearing. I said, ‘This meeting is adjourned.’ At that point the platform was surrounded by scores of people. At that point I thought this, ‘I don’t want to stay and I don’t feel safe right at the moment.’”

Bechman was the only speaker to call for more funding, after many others echoed calls ringing out nationwide to defund or restrict funding for police in the wake of Black Lives Matter protests over the killings of George Floyd, Breonna Taylor and other Black Americans by officers.

“There was a single point of view to be expressed again and again, it was a lot of very vigorous positive response, that’s okay,” Mann said. “But we have to be willing to listen to the other side also. That’s what did it for me."

However, much of the crowd spilled outside the convention center -- a larger space where the meeting was held to observe social distancing -- and protested on the plaza outside.

Protesters used rollers to paint "defund the police" on Elm Street, outside the convention center, and others voiced their displeasure with Mann with graffiti on a nearby building, reported City Beat's Nick Swartsell.

Speakers are not letting folks forget that they are mad at David Mann for attempting to end the budget hearing. Som… https://t.co/GEyKnrDvVP
— Nick Swartsell (@Nick Swartsell) 1592535381.0

A small group of protesters set fire to an American flag, but another group quickly extinguished the fire with water distributed by volunteers who set up a tent at the event.

Demonstrators then handed out trash bags to clean up, and the plaza was largely cleared by shortly after midnight.

Down to a couple dozen protesters outside the convention center now. Brian Garry is addressing them, mentioning his… https://t.co/RHnJaYcUse
— Nick Swartsell (@Nick Swartsell) 1592540426.0