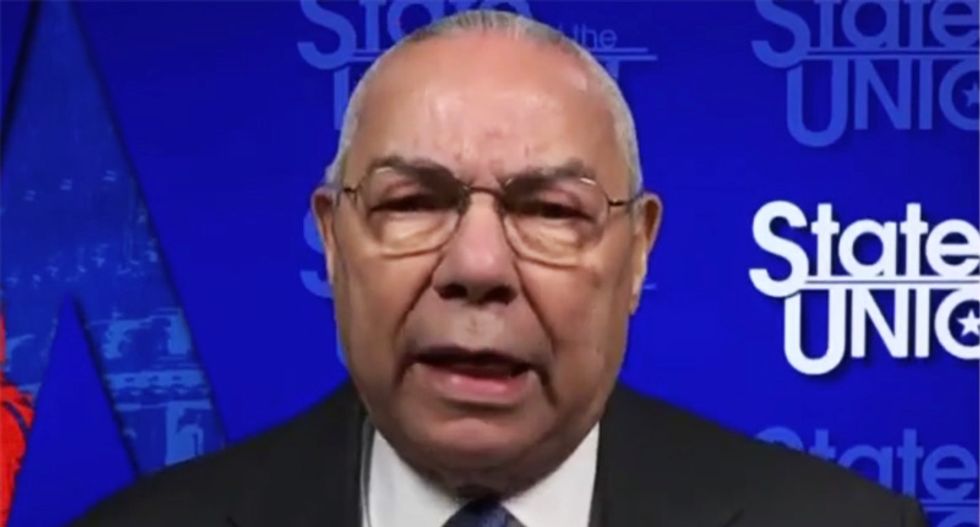 In a highly candid interview with CNN's Jake Tapper, former Secretary of State Colin Powell went all in attacking Donald Trump, saying he didn't like him in 2016 when he was running as a "birther" and he dislikes the president even more now because he is a "liar."

Speaking with the "State of the Union" host, the normally reserved Powell became very animated.

After explaining his opposition to Trump in 2016 because of his flood of insults and racist remarks, the retired general then went on a tirade about Trump.

"When I heard some of the things he was saying, he made it clear to me I could not vote for this individual," Powell recalled. "The first thing that troubled me is the whole birther movement. The birther's movement had to do with the fact that the president of the United States, President Obama, was a black man. That was part of it. And then I was deeply troubled by the way in which he was going around insulting everybody -- insulting Gold Star mothers, insulting John McCain, insulting immigrants and I'm a son of immigrants. Insulting anybody who dared to speak against him."

"That is dangerous for our democracy, it is dangerous for our country, and I think what we're seeing now, those massive protest movements I have ever seen in my life. I think this suggests the country is getting wise to this and we're not going to put up with it anymore," he stated before calling the president "a liar."

Later in the interview he was asked if he would support Biden's presidential, bid, he answered in the affirmative before adding he would be casting his vote for the former vice president.