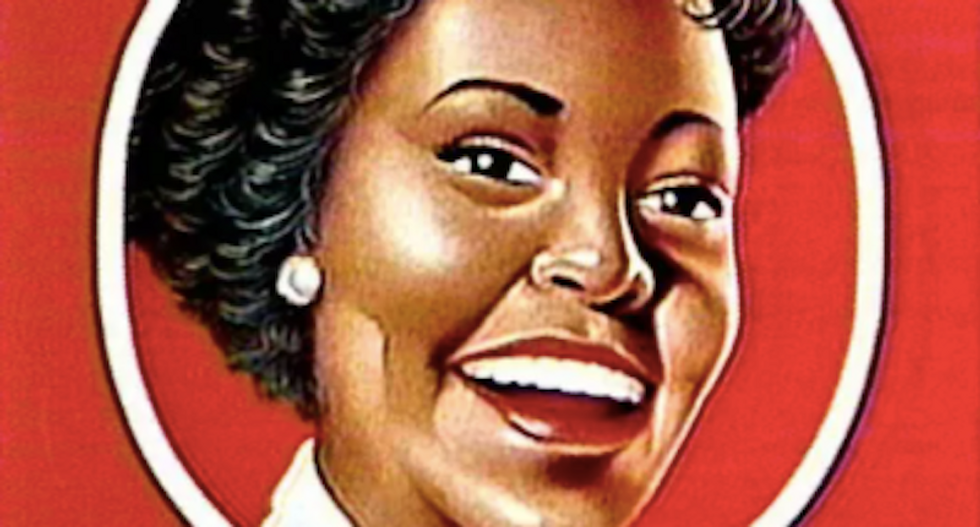 The Aunt Jemima brand will get a new name and image, and the change prompted a wave of conservative anger.

Quaker Oats announced the syrup and pancake mix brand, which dates back to 1889 and originally featured a Black minstrel character, will get yet another update further away from its racist origins after facing renewed criticism during nationwide outrage over police killings of Black Americans.

“We recognize Aunt Jemima’s origins are based on a racial stereotype," said Quaker Foods North America vice president and chief marketing officer Kristin Kroepfl. “As we work to make progress toward racial equality through several initiatives, we also must take a hard look at our portfolio of brands and ensure they reflect our values and meet our consumers’ expectations." 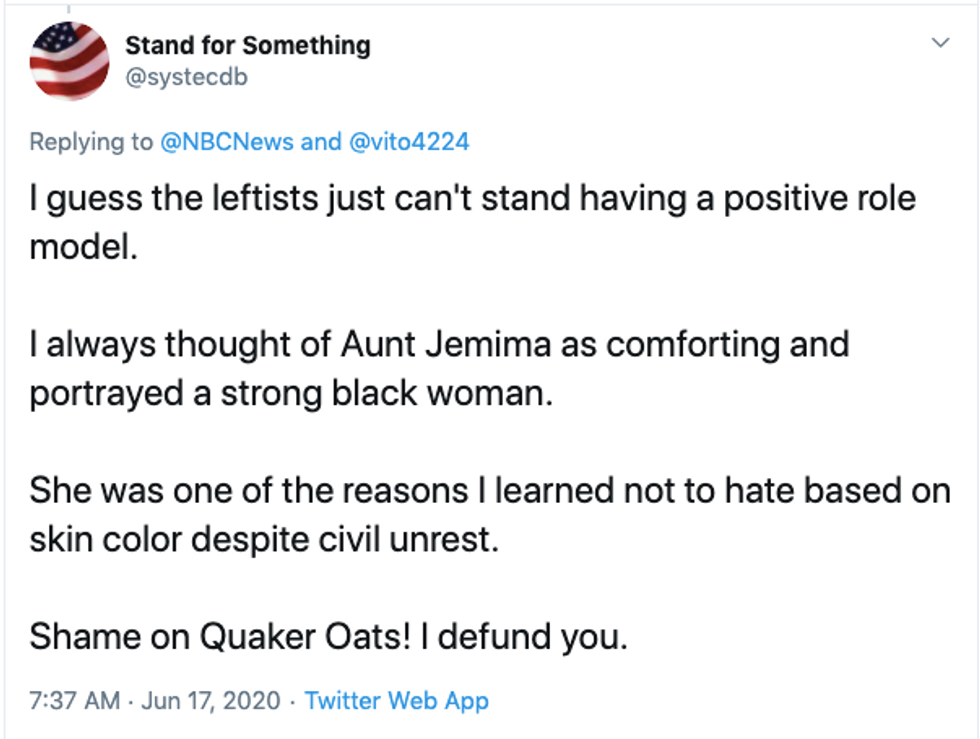 So the Quaker Oats man just cancelled Aunt Jemima in the name of fighting racism. Damn you liberals have shit for… https://t.co/hqDjp2FJoz
— Paul Drewes (@Paul Drewes) 1592402085.0

Everyone Needs to #BoyCott @QuakerOats they are complete racists to the #snowflake liberal Aunt Jemima Cancel Cultu… https://t.co/3jS46LdN1j
— BantheMask (@BantheMask) 1592401712.0

@NBCNews I am confused. Removing the image/logo of a black person on a product is a move towards equality? Why am I so confused?
— Happy Desert Frog (@Happy Desert Frog) 1592401075.0

@NBCNews It is getting more and more ridiculous. Should we close all mosques because of Mohammad's hand in the slav… https://t.co/7bqu0bCwkY
— Pegida Canada (@Pegida Canada) 1592400553.0

You sat back and said nothing when they tore down that statue of Thomas Jefferson You fanned me away when they ann… https://t.co/AAPH50SIAH
— Tim Pool (@Tim Pool) 1592396232.0

At first I thought this was from a parody site. Its not Quaker Oats Announces It Is Changing Name Of Aunt Jemima D… https://t.co/7rTJPKJVpe
— Ricky 🇺🇸🇺🇸🇺🇸 (@Ricky 🇺🇸🇺🇸🇺🇸) 1592402921.0