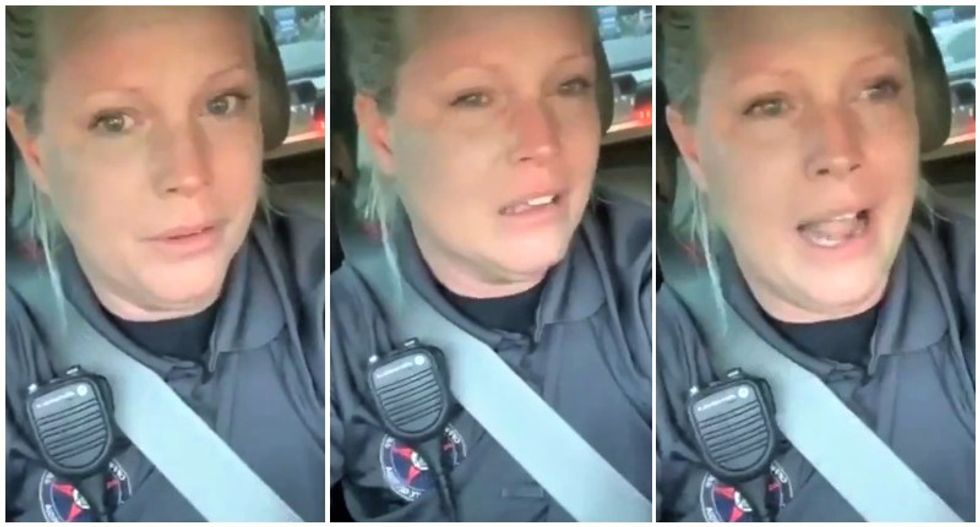 A police officer had an emotional meltdown this week after workers at her local McDonald's took too long to deliver her Egg McMuffin order, and she assumed it was because they were adding poison to her meal.

The video, which was posted on Tuesday night by a pro-Trump account, shows the officer filming herself describing an anxious encounter she had while ordering breakfast.

She starts out by explaining how she ordered a coffee and an Egg McMuffin sandwich, only to then be forced to wait for a long period of time before being told to pull her car forward to the pickup window.

She then gets even more emotional as she complains that people have not been thanking police officers as much as they used to.

"I don't know what's going on with people nowadays, but please just give us a break!" she said. "I don't know much more of this I can take! I've been in this for 15 years and I've never felt such anxiety about waiting for McDonald's food! So just have a heart, and if you see an officer, just tell them thank you!"