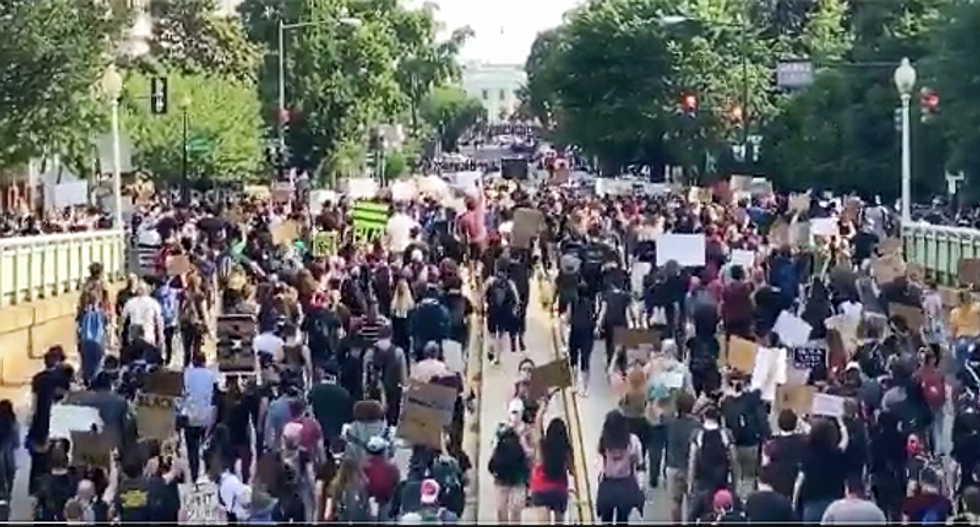 On Friday, Politico reported that the Trump administration is alerting local law enforcement agencies to the risk that far-right "boogaloo" extremists may be planning to target Washington, D.C.

"On Monday, the National Capital Region Threat Intelligence Consortium (NTIC), a fusion center for Washington, D.C. that provides support to federal national security and law enforcement agencies, warned in an intelligence assessment that 'the District is likely an attractive target for violent adherents of the boogaloo ideology due to the significant presence of US law enforcement entities, and the wide range of First Amendment-Protected events hosted here,'" reported Natasha Bertrand.

"The assessment, dated June 15 and obtained by Politico, reported that 'recent events indicate violent adherents of the boogaloo ideology likely reside in the National Capital Region, and others may be willing to travel far distances to incite civil unrest or conduct violence encouraged in online forums associated with the movement,'" the report continued.

The "boogaloo" movement has reportedly used the cover of nationwide police brutality protests to plan attacks on law enforcement and preparations for a race war. Already, some of its adherents have been linked to deadly violence.