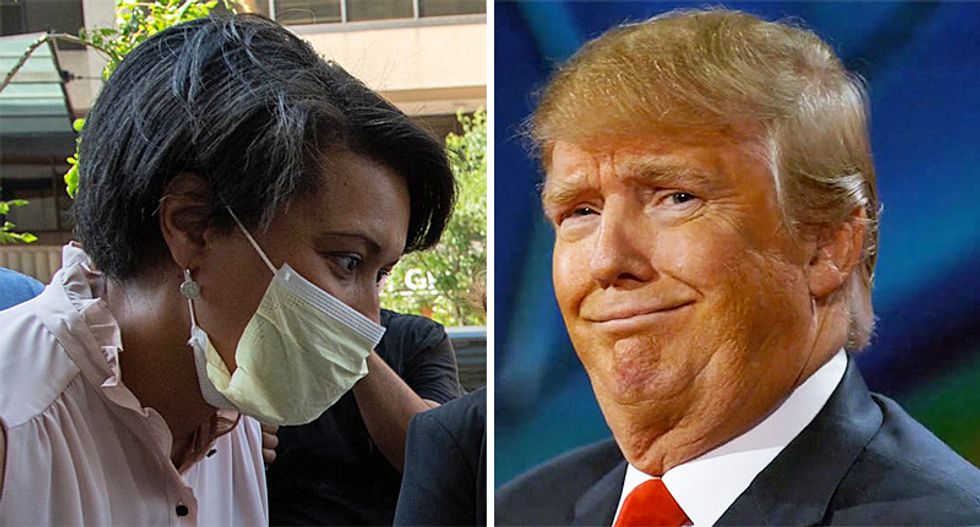 The ongoing feud between the black woman leading Washington, DC and the white man inside the White House was the focus of an in-depth Washington Post report published Saturday evening.

"The response has been emphatic. Since Trump’s personal attack on May 30, Bowser has fought back fiercely against the president’s bullying, taunting him with tweets and criticisms of her own. On Friday, she rebuked him with a defiant display of street art in which she sought to draw a clear contrast with Trump’s calls for 'law and order' by demonstrating active support for peaceful protesters of the Black Lives Matter movement," the newspaper reported.

"Over the past 10 days — set against the backdrop of the pitched national protests over police violence — their once relatively temperate relationship has erupted into an ugly schism freighted with the overtones of race and power that have infused the protests, as well as city leaders’ long and fruitless fight for D.C. statehood," the newspaper noted.

While he hides behind his fence afraid/alone, I stand w/ people peacefully exercising their First Amendment Right a… https://t.co/sVj1acqGDk
— Muriel Bowser (@Muriel Bowser) 1590846250.0

"The dig appeared aimed to humiliate Trump, who revels in projecting strength. Though mayoral aides said Bowser didn’t know it at the time, the Secret Service had moved Trump to a secure bunker under the White House during the height of the chaos Friday, a detail made public in a New York Times report last Sunday," The Post reported. "That disclosure outraged Trump, who initially denied it, and he became more determined to seize center stage in quelling the protests."

On Saturday, Bowser had a new message for the president.