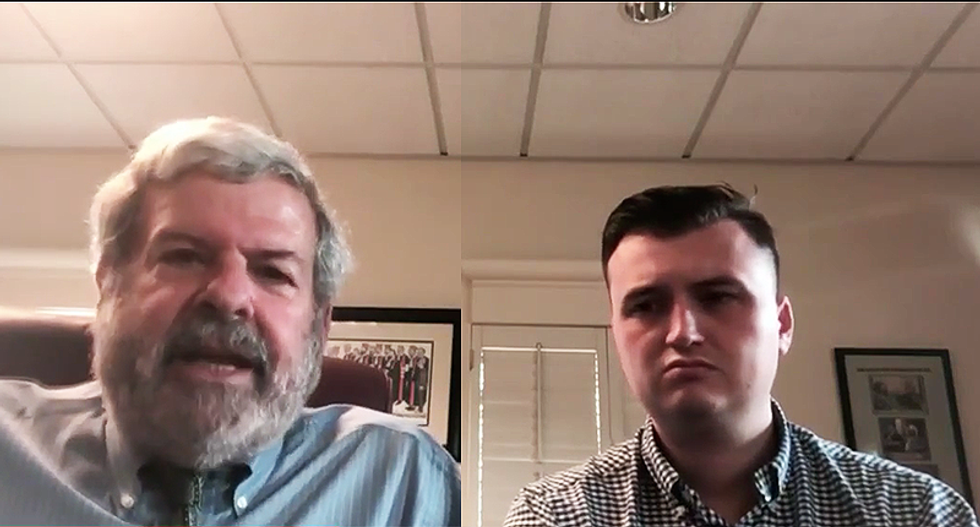 Atlanta Officer Devin Brosnan appeared with his lawyer on MSNBC to discuss the charges against him in wake of the slaying against Rayshard Brooks after he fell asleep in a Wendy's parking lot.

Brosnan is charged with not rendering aid to Mr. Brooks after he was shot, while other officers were not charged. Brosnan's lawyer said that no one should be charged because he did begin rendering aid two minutes after the shooting.

Brosnan also said that he thought Mr. Brooks just "needed my help," and that was his attempt when he first arrived at the scene.

When Fulton County District Attorney Paul Howard held a press conference this week he said that Brosnan was a state's witness against his colleague who was charged with shooting Mr. Brooks. Brosnan's lawyer said it wasn't the case and that he isn't a witness for either side.

"There seems to be some misunderstanding on the prosecutor's part," said lawyer Don Samel. "We have been cooperative with the district attorney's office. We spent three hours with them two days ago answering all of their questions. We offered to give them the medical records from Grady Hospital where Devin, you know, they confirmed he had a concussion. We've offered to bring them these pictures that were taken of him, and we are being fully cooperative. We're going to answer all the questions that they have or the [Georgia Bureau of Investigation] has."

He went on to say that there is a GBI interview scheduled for Brosnan.

"But he's not a state's witness or defense witness. He's a witness," said Samuel. "He's going to answer anybody's questions accurately and if Officer Rolfe subpoenas him, he'll answer his questions. Right now, the DA has charged him with a crime so he's a defendant now, and he's not going to answer the DA's questions, you know, while they bring these false charges against him. So, you know, I regret the district attorney was given misinformation yesterday, and Officer Brosnan is not going to be a, 'state's witness,' which is kind of TV talk. He's either going to be a witness and describe the facts or he's going to be sitting next to me at counsel table."

He went on to call the charges against Brosnan"false" and said they had nothing to do with the shooting.

The accusation that Brosnan stood on Mr. Brooks' shoulders, he said, is inaccurate. In that case, the officer didn't know if he had the taser or not so he stood on Mr. Brooks' arm, but not with both feet on his shoulders. Even standing on his arm, the officer said, he only did for a few seconds until he saw the taser off to the side. He then walked to taser to pick it up.

Brosnan was careful with his words about Mr. Brooks and his family, calling it a "tragedy" and saying it was tragic "that a man had to lose his life that night."

He also revealed that he didn't see the other officer kicking Mr. Brooks, which was captured on the video of the incident.

His lawyer also claimed that Brosnan was shot with his own taser and injured with a concussion during the incident. He still was able "to render aid while other officers were just standing there," he said.