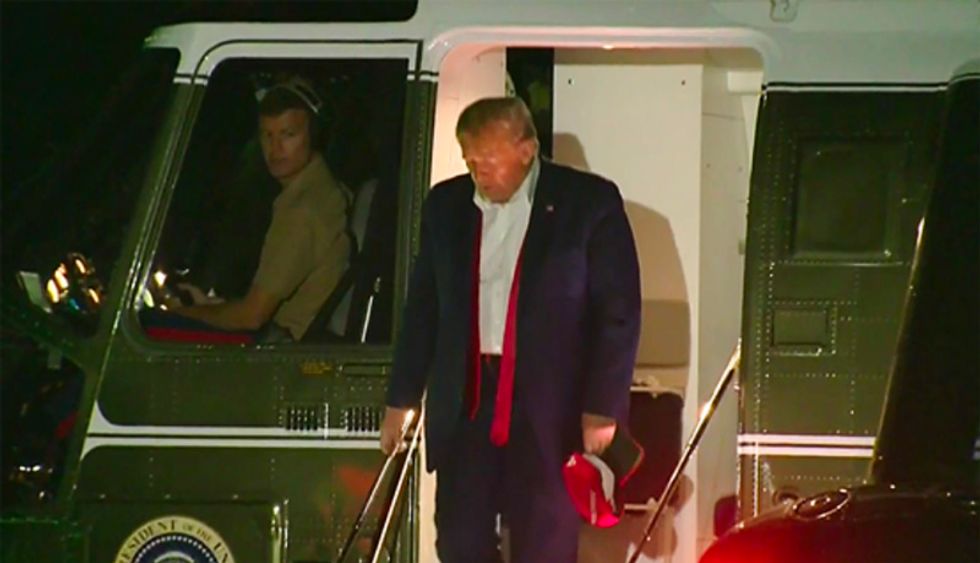 Appearing on MSNBC's "AM Joy" on Sunday morning, former Rep. Dave Jolly (R-FL) pronounced sentence on Donald Trump's 2020 campaign kickoff in Tulsa on Saturday night, saying the sparsely-attended event was nothing less than a "disaster" for the embattled president.

Speaking with host Joy Reid, Jolly said the president had every right to be unhappy about the poor turnout and, in turn, gave a lackluster performance before the crowd that was filmed yawning as the presidemt droned on for almost two hours.

'There were only 6,000 some odd people there," host Reid noted. "Somebody going to get fired? Is this the kind of thing that somebody gets fired over, because this was a complete -- a complete bollix."

"It was," Jolly admitted. "Look, Joy, this was a disastrous night for the president because it was framed as kind of the launch to his summer campaign going into November. Nothing about the event worked."

"We saw the poor attendance, the sparse crowds," he continued. "We know how that damages Donald Trump's ego, but it was also a president who was off his game. He had lost his stride, he was off message. you know, there really was no core message until the very end when he went to the teleprompter for the last five or ten minutes."

"The bully pulpit of the presidency is an awesome force and in a year in which the nation has suffered from a health pandemic, from an economic collapse, and now what should be a very constructive national conversation on race and race relations in America," he continued. "The president either ignored those themes, punted or outright misled on them for his own political purposes. It's a reflection on the moral failings of this man who will be ultimately judged by voters in November."

Later on Saturday night CBS White House correspondent Mark Knoller shared a picture of a defeated-looking president returning to the White House which can be seen below.