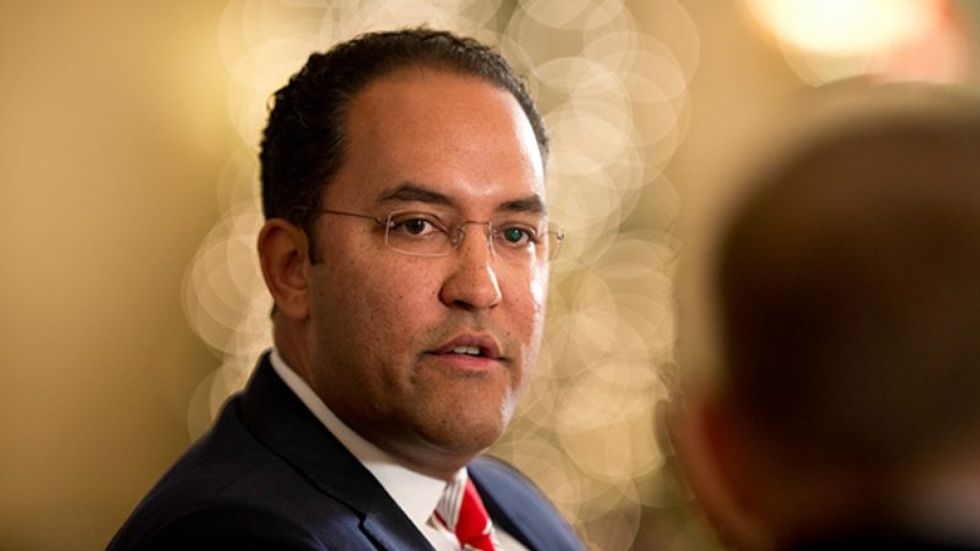 On Monday's edition of CNN's "OutFront," Rep. Will Hurd (R-TX), a former CIA officer, expressed his shock that President Donald Trump appeared unconcerned with the lack of in-depth briefing he was given about the Russian bounty plot, other than a written memo.

"The outrage that you have is very different than the president's," said host Erin Burnett. "He says he wasn't briefed and he made this about that. Again, it is in the Presidential Daily Briefing ... but his response to this is, 'intel just reported to me they did not find this info credible, did not report it to me or VP, another fabricated Russia hoax by the fake news, New York Times wanting to make Republicans look bad.' What do you say to that, that his response isn't I want to know what happened, wasn't to know why I wasn't briefed and I want to do something about it, but instead yelling about fabricated hoaxes and fake news?"

"If something this sensitive was out there, I would be — nobody brought it to me or didn't raise their hand and be, like, hey, boss, read in that, there is some information you need to read today, make sure we cut out time in your calendar in order to do that — that would be the question I would be asking," said Hurd. "And then if there was some kind of conflict, in the veracity of the information, what are we doing to clarify that? What are we doing to understand this? What other things would we possibly know if this information, if we had access to this kind of information? And by the way, are we telling our allies?"

"These are the kinds of questions we should be asking to make sure that our men and women that are serving, in order to make sure we don't have al-Qaeda coming back, that we don't have ISIS plotting and planning threats on our homeland, why this is important to bring civility to Afghanistan, in the middle of an alleged peace process," said Hurd.