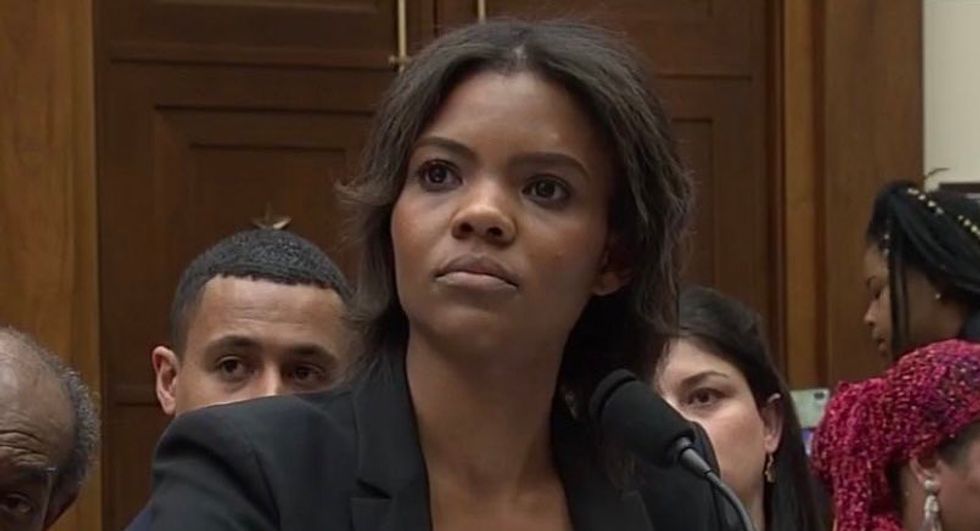 According to the Daily Beast's Will Sommer, conservative activist Candance Owens was suspended by GoFundme after she 'raised more than $200,000 on the site for an Alabama cafe whose owner called George Floyd a 'thug.'"

Owens, who has claimed that Floyd is nor "martyr" is often at the center of controversies as she attempts to raise her profile in ways that have also caused her to be suspended by Twitter.

According to Sommer's report, "Owens has become one of the right’s most prominent critics of Floyd and the protests held after his killing, with one video she made highlighting his criminal record going viral on Facebook. Those same remarks appear to have prompted GoFundMe to ban Owens. She later repeated the same attacks on Floyd during a chat with right-wing star Glenn Beck, and that video was then boosted by President Donald Trump."

In a statement, GoFundme called out Owens for spreading “falsehoods against the black community.”

According to the statement, "GoFundMe has suspended the account associated with Candace Owens and the GoFundMe campaign has been removed because of a repeated pattern of inflammatory statements that spread hate, discrimination, intolerance and falsehoods against the black community at a time of profound national crisis. These actions violate our terms of service.”

The Daily Beast columnist added,"Owens had been raising money for the Parkside Cafe in Birmingham, Alabama, which has been embroiled in social-media controversy after co-owner Michael Dykes called Floyd a 'thug' and described protesters as 'idiots' in a text message that was later posted online. In his text message, Dykes also discussed raising prices and charging a 'protest tax.'"

The report does note that money raised so far will go to the cafe owner.

You can read more here.\