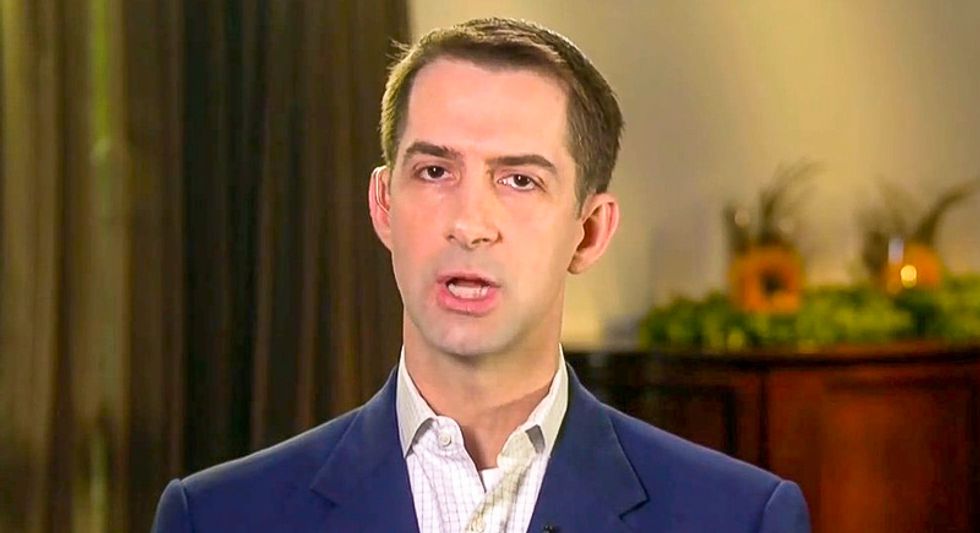 Sen. Tom Cotton (R-AR) on Monday said that it was time to call in the United States armed forces to put down rioting in American cities.

"Anarchy, rioting, and looting needs to end tonight," he wrote on Twitter. "If local law enforcement is overwhelmed and needs backup, let's see how tough these Antifa terrorists are when they're facing off with the 101st Airborne Division. We need to have zero tolerance for this destruction."

As a recent analysis at Just Security explains, presidents face "critical legal restrictions under both the Posse Comitatus Act and the Insurrection Act" when it comes to deploying military force for domestic law enforcement.

In sum, the president must receive a request for military assistance from a state legislature or governor before deploying the military for domestic law enforcement. The last time this was invoked was 28 years ago, when then-California Gov. Pete Wilson asked President George H.W. Bush for federal help in putting down the 1992 Los Angeles riots.