'He didn't do anything!' Wisconsin cops jump man on bicycle as peaceful protesters object 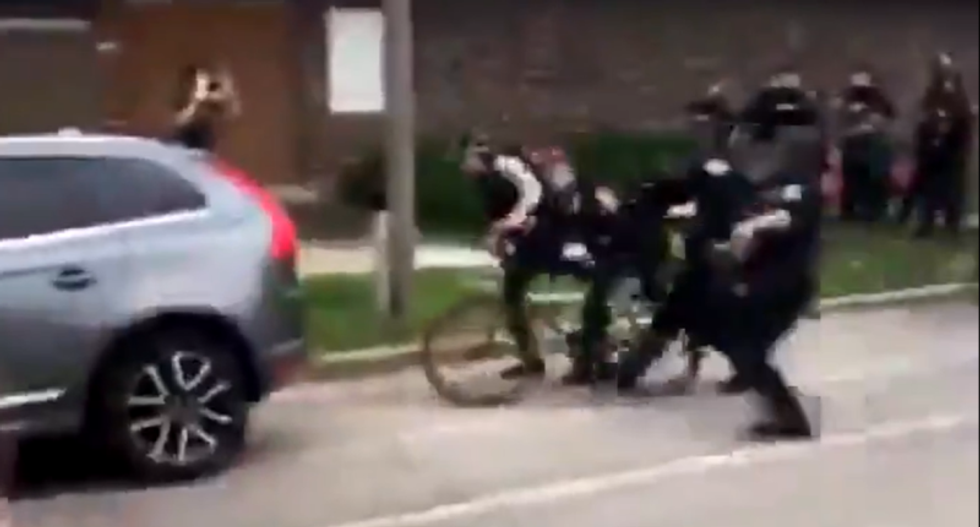 On Tuesday, a Twitter user posted an incident in Milwaukee, Wisconsin involving a line of police officers and a crowd of peaceful protesters.

In the video, the officers can be seen charging a man on a bicycle, jumping on him as he collapsed. "F**king scum!" the man recording the video can be heard shouting. "He didn't do anything! F**k you!"

The police then gassed the crowd and fired rubber bullets, as people in the crowd shouted "Don't shoot!" and "We are peaceful!"