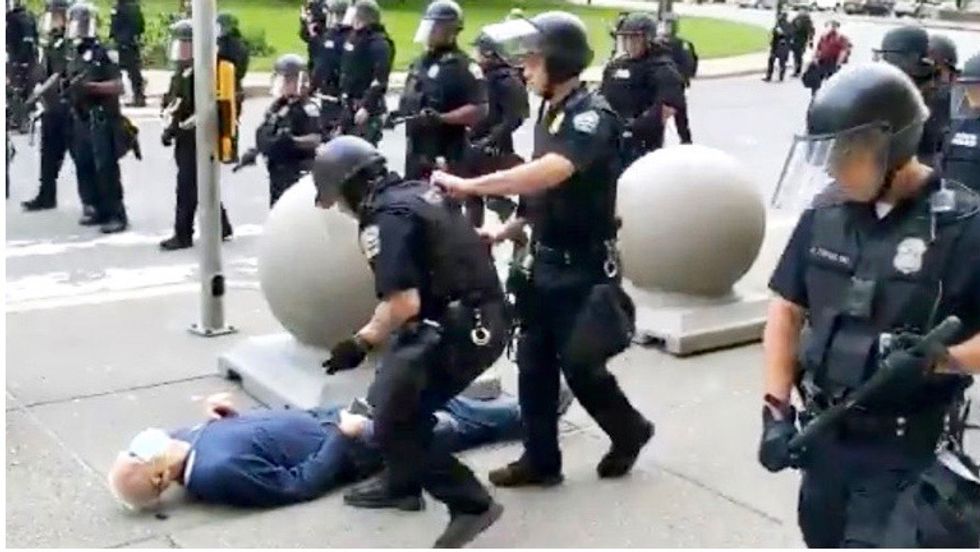 Buffalo Police with man bleeding from the Ear (Screen Capture)

In a statement issued to the Rochester Democrat & Chronicle, the 75-year-old New York resident replied to Trump's tweet by writing, "No comment other than Black lives matter."

Gugino also gave a brief update on his condition, as he has been in the hospital for several days after hitting his skull on the sidewalk when a Buffalo police officer shoved him to the ground.

"Just out of the ICU," he told the Democrat & Chronicle. "Should recover eventually."

In a tweet posted early in the morning, Trump suggested that the 75-year-old Gugino could be an “ANTIFA provocateur” who intentionally injured himself to make the police look bad.

“I watched, he fell harder than was pushed,” the president wrote. “Could be a set up?”