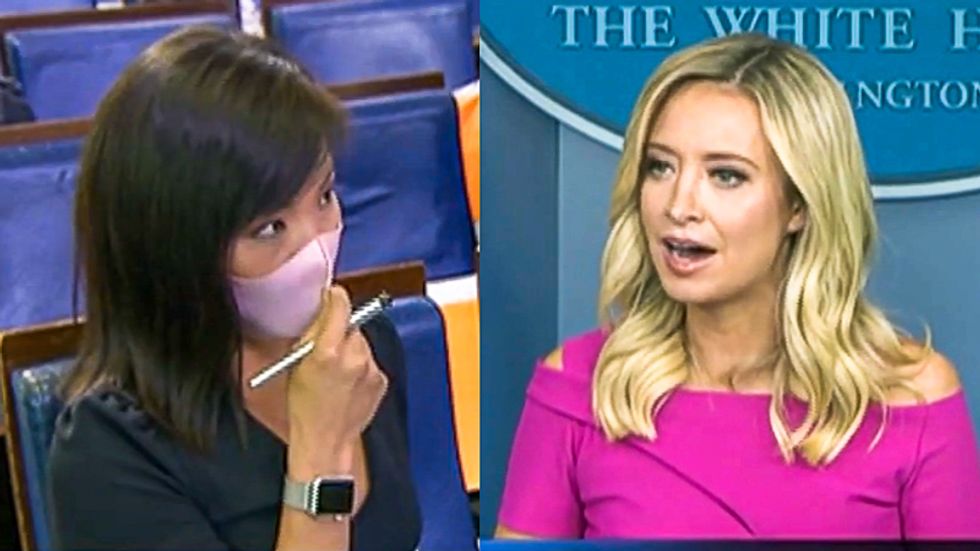 At a White House press briefing, CBS correspondent Weijia Jian noted that Trump had described himself has the least racist person in the world prior to using the phrase "Kung Flu" at a rally in Tulsa over the weekend.

McEnany attempted to dodge the question, but the reporter pressed her.

"Why does he use racist language like Kung Flu?" she asked.

"The president doesn't," McEnany insisted despite video evidence proving otherwise. "What the president does do is point to the fact that the origin of the virus was China. It's a fair thing to point out."

"Kung Flu is extremely offensive to many people in the Asian-American community," Jian observed. "To be clear, are you saying the White House does not believe it is racist?"

"To be clear, I think the media is trying to play games with the terminology of this virus!" McEnany complained. "When the focus should be on the fact that China let this happen."

"The president never regrets putting the onus on China," she replied.