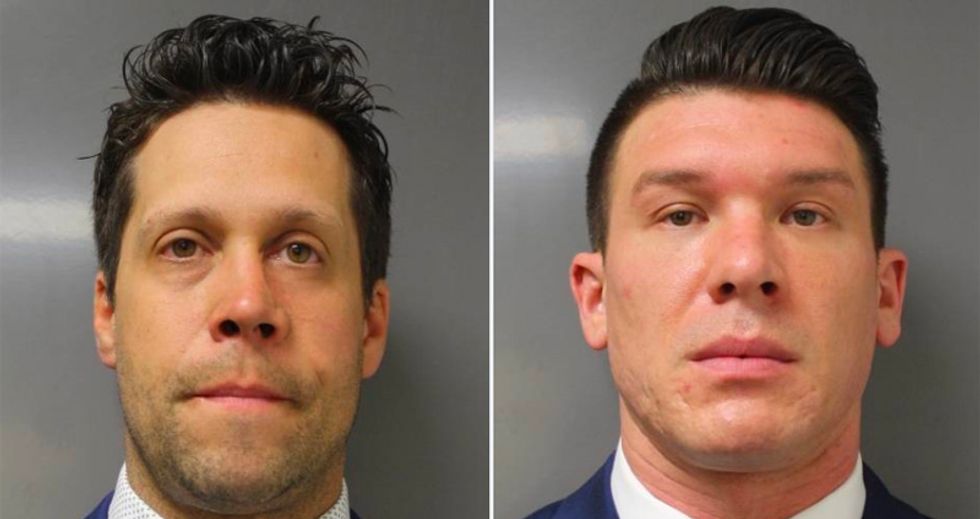 Commenters on Twitter expressed both contempt and disgust for Buffalo firefighters and police officers who turned out in front of Buffalo City Court to support two suspended police officers with applause and cheering.

Moments after officers Aaron Torglaski and Robert McCabe were charged with second-degree assault and then released without having to post bail, they were greeted as heroes outside the courthouse.

After a video was posted showing the celebration, commenters on Twitter vented at cops and firefighters for defending the two officers who assaulted the 75-year-old man who had to be rushed to a hospital after they shoved him to the ground where he sustained a head injury.

DAMN, those two Buffalo officers were released without BAIL after being charged with felony assault.. There was a H… https://t.co/bqoCv5WKdb
— amfh (@amfh)1591465249.0

Hey #BuffaloPD I saw your cops applaud the two animals as they exited the courthouse after pleading not guilty to… https://t.co/qFOy8BX0zR
— ALT-immigration 🛂 (@ALT-immigration 🛂)1591465638.0