'It was racism': Woman coughs in Michigan pastor’s face after he forgot his mask for pizza pickup 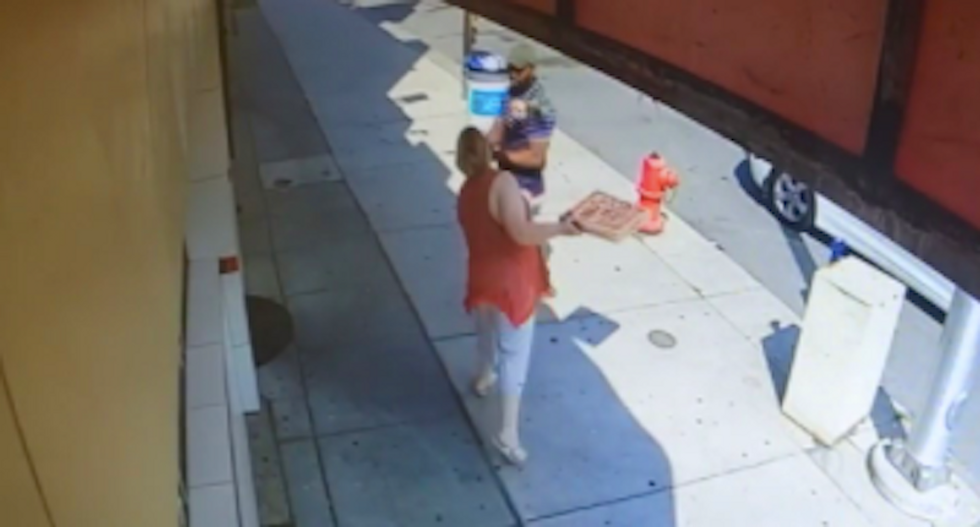 A Michigan pastor says a white woman coughed in his face after he left his mask in the car while picking up a pizza for carryout.

Michael Hale Jr. said he was walking toward Belle Isle Pizza on June 19 when the woman walked out of the front door and asked why he wasn't wearing a mask -- and then leaned over and coughed on him, reported WJBK-TV.

"She said, 'Have you lost your mask,' or 'Where's your mask at,' so I responded, 'Well, my mask is in the car,' and she shouldn't worry about my mask," Hale said. "So when I stood outside and waited for the pizza, that's when she walked out and really got in my face and coughed directly in my face."

"To get that close, that's assault - I mean, that's dangerous," Hale told the station. "It was racism, because when we were parked in the pizza place and when she pulled up - and my wife can testify - she looked into our car and just had this gross look at us, at our family."

Hale said he plans to keep his mask on his person at all times going forward, but said his lapse in judgment didn't justify the woman's actions.

"Mask or not, somebody shouldn’t be allowed to take it into their own hands to police me about what I’m doing," he said, "especially if the business owner or the business establishment doesn’t have an issue with it."