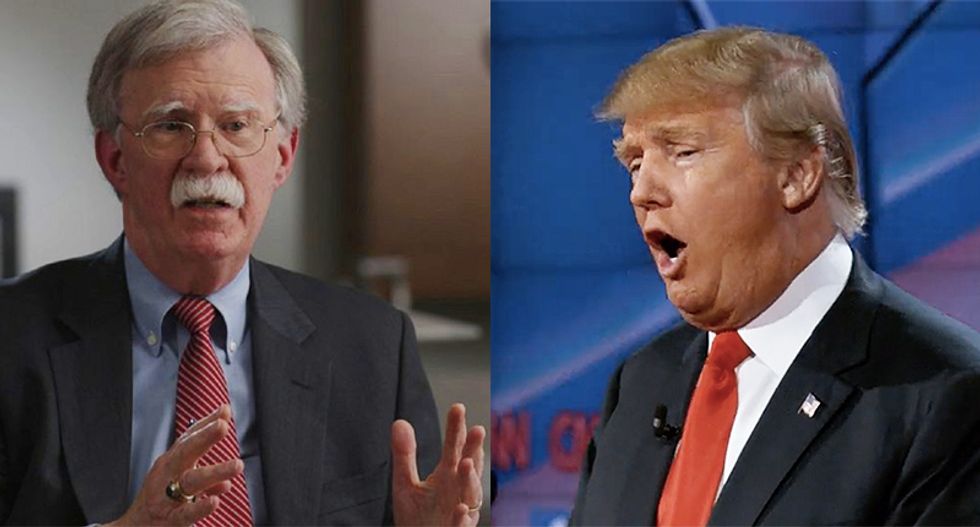 Former national security adviser John Bolton's new book The Room Where it Happened, is set to debut at No. 1 on the New York Times bestseller's list when it is released on Tuesday. In a much-anticipated interview with ABC's Martha Raddatz, Bolton revealed some of the most startling pieces of his time in the White House with President Donald Trump.

Speaking out against Trump, Bolton explained that not only did he not see Trump reading anything, but he also couldn't seem to grasp serious issues and important historical facts that the president didn't know.

"This was not like any White House I'd ever seen before," Bolton said, noting that it wasn't "functioning" in the way it should have been.

Bolton said that it was unknown who exactly Trump was talking to in his morning calls while watching Fox News.

He echoed concerns past officials have had about Trump's daily briefings, which he only takes twice a week at most.

"It's not clear to me that he read much of anything," Bolton said about the briefing. "There was an unwillingness on the part of the president to do systematic learning so that he could make the most informed decisions."

Bolton said he'd heard Trump say that he was a "stable genius" at times, but merely ignored it because no true genius would ever need to say it.

The book goes on to say that it wasn't merely that the president was uninformed; it was that he was "stunningly uninformed."

"There were things that we went over again, and again, and again that didn't just seem to sink in," he said. "Like why was the Korean Peninsula partitioned in 1945 at the end of World War II, what did that lead to, and how did we get to that point."

When it came to his election, however, his attention was imminent.

Bolton also said that one of the more shocking things was seeing Jared Kushner essentially running the president's major policy issues. He explained that Jared and Ivanka were clearly in charge; everyone outside of the Trump family was considered "the help."