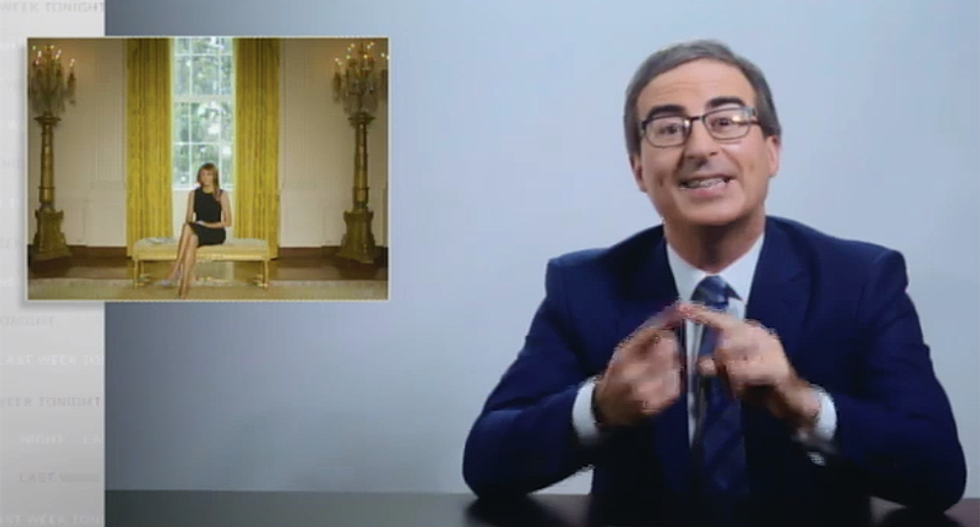 When he began his show, he explained that there wasn't anyone in the "white void" where he does his show.

"Interestingly, that's still somehow only slightly fewer people than were at President Trump's Oklahoma rally last night, which was half-empty, despite somehow claiming a million people had requested tickets, and they built an outdoor stage for a second speech for the thousands who couldn't get in," said Oliver. "That speech proved to be much unnecessary. So few people turned up, in fact, that even PINK was tweeting, 'I think I sold that same place out in five minutes #DonkeyShow.'"

Oliver explained it's never a good day when, as president, you're getting insulted by PINK.

The rest of the week, Oliver said there continued to be large crowds of peaceful protesters at Black Lives Matter events. John Bolton also started talking about his book in which he "tried to sell for money the things that he should have said before Congress." But on Friday, it was Mrs. Trump's video that caught his eye.

"Before you ask, yes, that is Melania Trump giving her version of a Juneteenth address," said Oliver. "Yes, she is doing it between two 20-foot golden candelabras. No, the camera doesn't punch in for a closer shot. Yes, I'm pretty sure this does qualify as a hate crime in 12 states.

Oliver then went on to his main story of the night, which was the impact the coronavirus has had on jails and prisons.