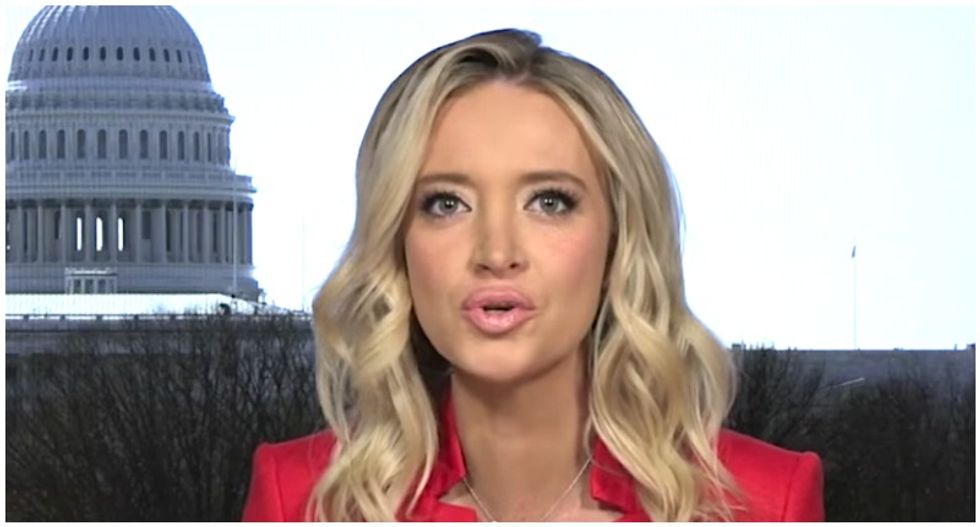 White House Press Secretary Kayleigh McEnany on Monday blamed Antifa for President Donald Trump's refusal to give an Oval Office address to the nation in the wake of George Floyd's apparent killing by Minneapolis police.

During an appearance on Fox & Friends, McEnany was asked if the president would try to heal the nation with a primetime address from the White House.

"This is the time that we look to our leader," Fox News host Steve Doocy explained. "We want this to stop. How does the president fix this?"

McEnany fixated on the rioting and looting that has taken place as a result of Floyd's death.

"This president has been very clear that we need law and order in this country," the press secretary insisted. "He's taken extraordinary action, talking about activating the National Guard as we saw happen in Minnesota, criminalizing interstate travel that is geared towards inciting violence, making sure that those individuals are prosecuted, labeling Antifa as a domestic terrorist entity."

According to McEnany, Trump "is the law and order president."

"Many are asking the president to give an Oval Office address on these riots because our country is just experiencing so much chaos right now," Fox News co-host Ainsley Earhardt wondered.

"The president has addressed this repeatedly," McEnany replied. "The first day he saw this video he addressed the horrific death of George Floyd. He's addressed the issue of law and order in our streets."