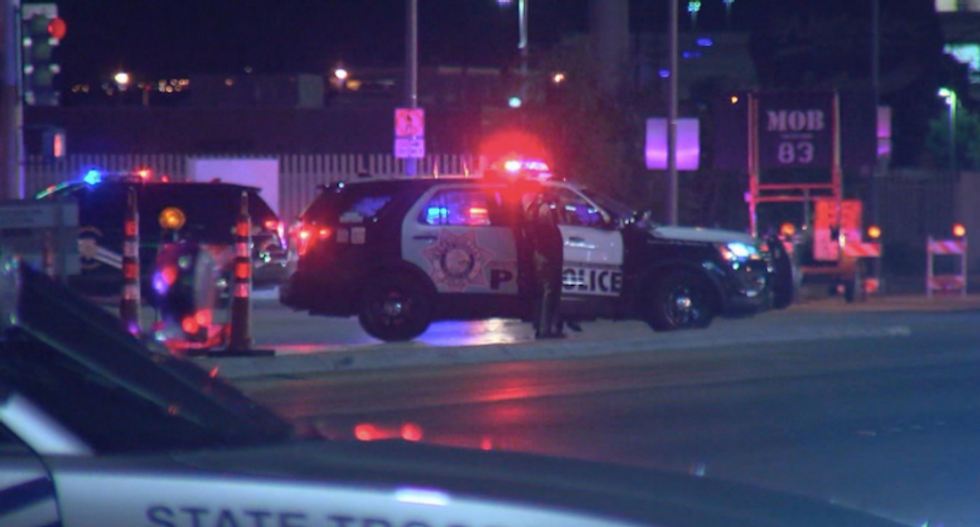 A Las Vegas police officer remains on life support and a heavily armed suspect was killed in a pair of separate shootings during protests over police brutality.

A suspect walked up and shot the officer in the back of the head as the officer was engaged in a struggle with a protester outside the Circus Circus Hotel and Casino, reported KLAS-TV.

That suspect was taken into custody about 2 a.m., police said, but no additional information was provided.

Las Vegas police and federal officers were guarding the city's federal building around 11:22 p.m. when a man carrying multiple guns and who appeared to be wearing body armor approached.

Lombardo said the man reached for one of those guns and officers opened fire, fatally wounding him.

The sheriff wasn't sure whether the man had been involved in the protest, but said he assumed so.

“He was obviously an open carry individual,” Lombardo said.

Open carry of firearms is permitted in Nevada without a permit for anyone over 18 years old.