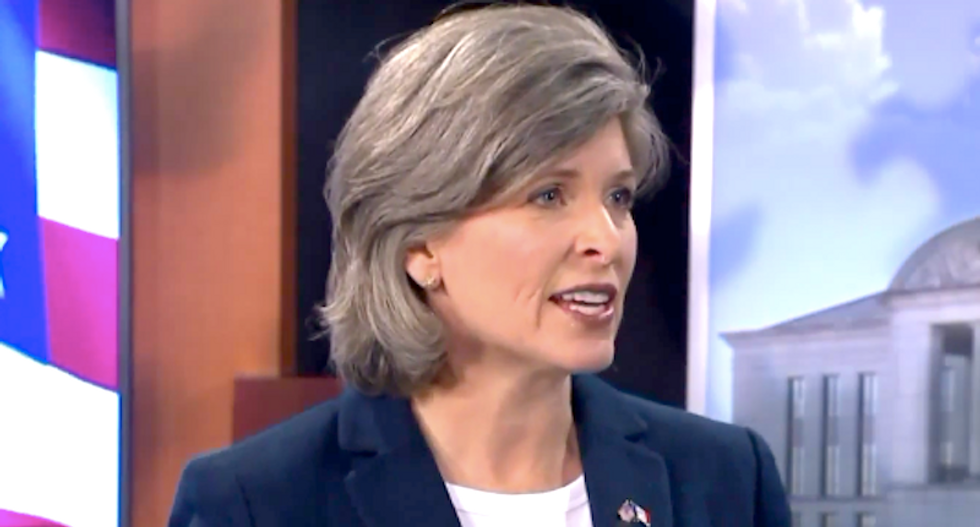 A new ad from the Lincoln Project uses words from Sen. Joni Ernst (R-IA) to call out her deafening silence on the massive amount of government debt that's accumulated under President Donald Trump.

The ad starts off by showing a clip of Ernst in 2014 saying that she would make "big spenders" in Washington D.C. "squeal" just like the pigs she used to castrate while growing up on a farm.

However, the deficit has only continued to grow since Ernst's election, and is projected to hit several trillion dollars this year.

"It's been six years, Joni," the ad states. "All we've heard so far are crickets."

The group also asked followers to flood Ernst's twitter with the cricket emoji -- and they've really answered the call.