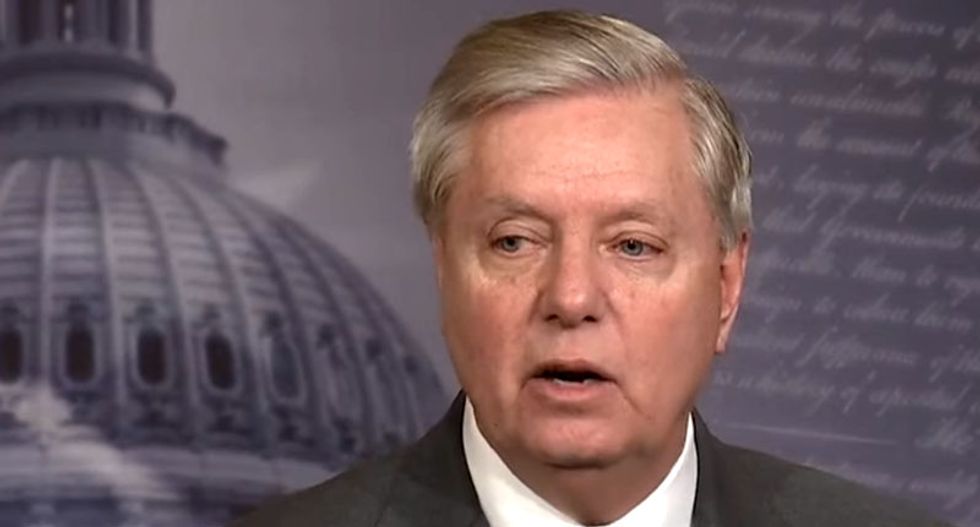 During a Senate Judiciary Committee hearing this Tuesday, Sen. Lindsey Graham (R-SC) acknowledged that George Floyd's death at the hands of Minneapolis police officers was a "wake up call" for the country, adding that he wants to get to the "root cause" of police violence against African American men.

Graham said that he's sure "antifa" has a role to play in the rioting and looting, "but I'm old enough to remember 1968, like many of you."

"Antifa was not around in 1968 that I know of," Graham said, adding that violence is a chain-reaction phenomenon where a small group of instigators come on the scene and "other people follow in kind."

"The overwhelming issue for us is after you stop the rioting, which we will, what are you going to do about the problem that led to the protest?" Graham said.

"I think this committee has a unique opportunity to build on some things that the Obama administration did, and ask ourselves some hard questions."