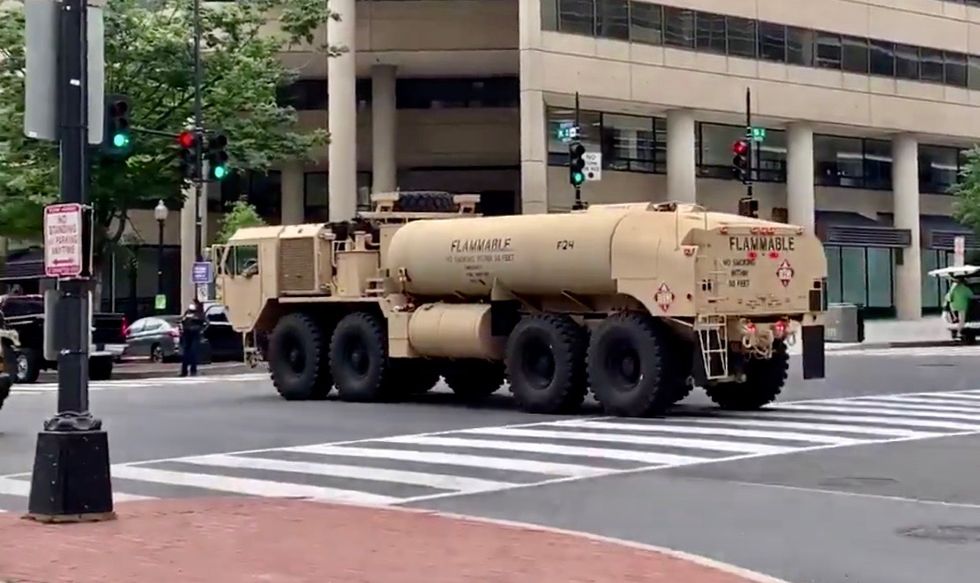 A local Washington, D.C. reporter posted video of a huge military vehicle emblazoned with the word “flammable” on its side, which he says is driving on the streets of the nation’s capital. This comes just one day after President Donald Trump told the nation’s governors to “dominate” the streets and increase the presence of the National Guard and other law enforcement agencies.

“Seeing a major movement of military hardware and personnel on the streets of downtown DC today as #GeorgeFloyd protests continue,” Tom Fitzgerald of Fox affiliate Fox5 reported via Twitter.

Fitzgerald says the military vehicles now have “a much wider footprint” than yesterday.

Washington, D.C. Mayor Muriel Bowser is opposed to the militarization of her city.

.@MayorBowser: "We don't think that the active duty military should be used on American streets against Americans.… https://t.co/2CHo6OvnS0
— Ryan Struyk (@Ryan Struyk)1591126785.0

Trump has far more control over Washington, D.C. than the states because it has no governor.