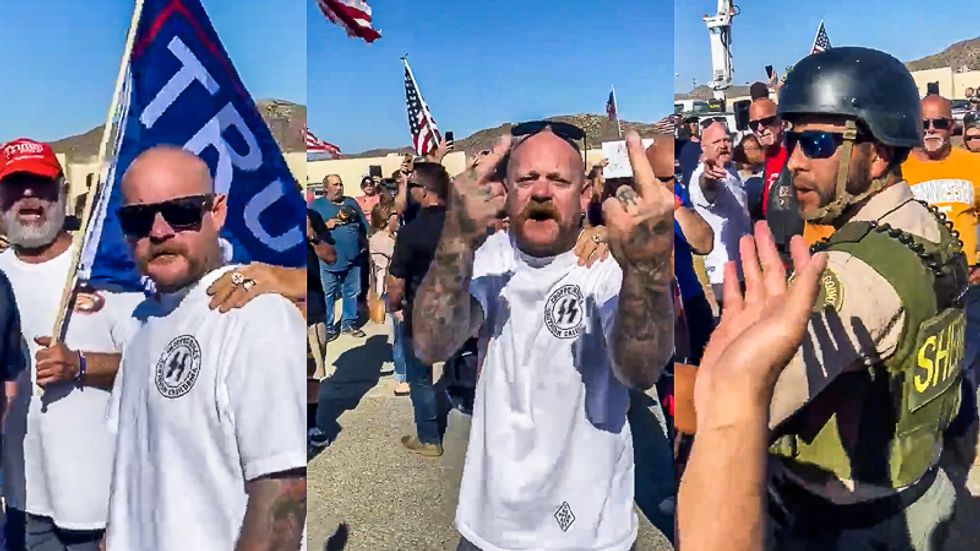 A man in Norco, California was seen assaulting a Black Live Matter activist at a recent protest while Riverside County deputies appeared to do nothing.

A video of the incident circulated on social media on Monday.

"My friend was at a PEACEFUL #BLM protest when THIS MAN decided to not only disturb the peace but also ASSAULT my friend who was recording yet NO ONE ARRESTED HIM!!!!" Maria Tarin wrote on Twitter.

The video begins with a man, who is wearing a Trump 2020 hat, call the photographer a "little bitch."

A second man comes into frame wearing a white shirt with a Nazi "SS" logo.

"Yeah, film all day, bitch!" the man exclaims as he swings and appears to hit the photographer.

"Arrest him!" a woman yells at several deputies who witnessed the assault.

The deputies encourage the protesters to move on. But they appear to ignore the man wearing the Nazi "SS" logo.

Twitter users called for the man to be identified and charged.