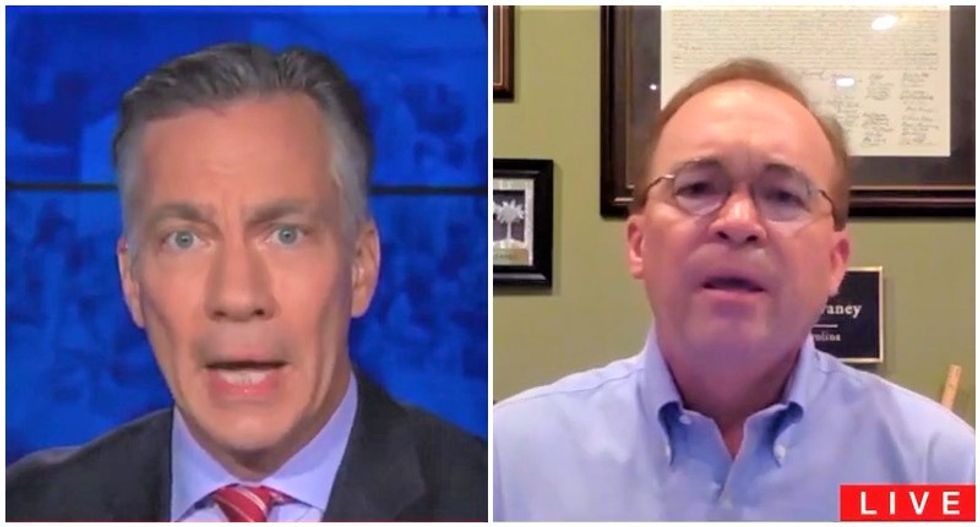 During the interview, Mulvaney tried to claim that Bolton was flat-out lying about President Donald Trump asking Chinese President Xi Jinping to help him win the 2020 election by asking him to buy up American agricultural products.

"Did the president talk about the Chinese buying more american products, yes, he talked about that every time he talked to President Xi," Mulvaney said. "Would it be good for the country and thus good for the president's re-election chances? Yes, it would be. But to put those two statements together, that's bizarre."

"You can call it bizarre, but he -- Bolton says, and he took contemporaneous notes, by the way -- that the president made that explicit connection and said, 'If you buy it, it will help me win election,'" Sciutto replied. "And that quote was removed in the classification process! So if the quote is false, why was it classified?"

"No one else at the meeting who was there -- again, there's probably a dozen of us -- remember anything that was inappropriate," Mulvaney replied. "It's only John Bolton and it's only now."

"But it's not only John Bolton," Sciutto countered. "Because Ellen Knight, who did the classification review of the book, explicitly had him remove the quote of the president making that connection between buying products and helping him win election as classified. If that's classified, are you saying you were in the room, that the president did not make that connection? And if you say that, then why did the classification process remove the quote?"