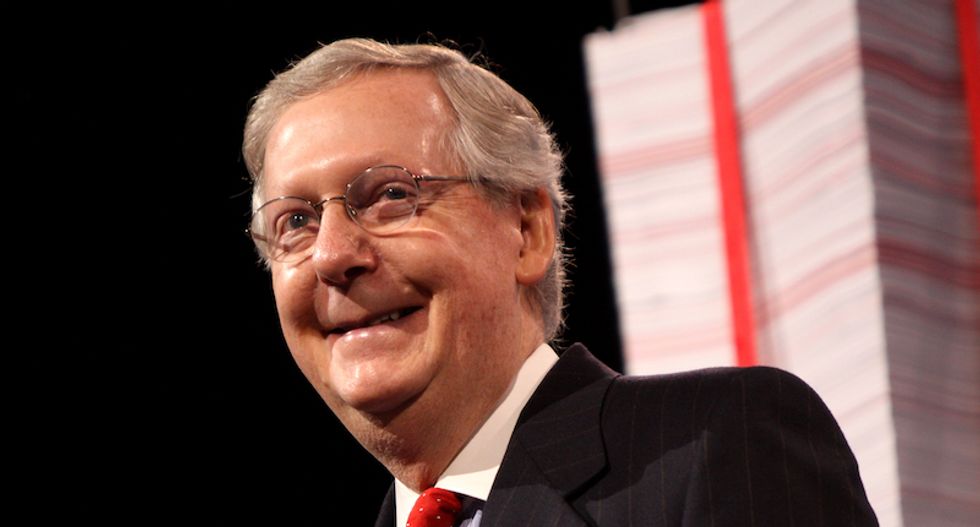 The "Morning Joe" host said Senate Republicans fighting for their political lives must call on McConnell to schedule a vote on banning chokeholds, at the very least, or they would lose their GOP majority.

"Mitch McConnell, the champion of chokeholds," Scarborough added. "He could get this passed in the Senate in a second if he wanted to."

McConnell was risking his majority -- and possibly his own seat -- if he refused a vote on chokeholds, Scarborough said, and he gave the majority leader a new nickname.

"You're going to be asked about it on the campaign trail," Scarborough said. "It's going to be tougher than you think it is. All of the oligarchs you've been cavorting with, hanging with -- yeah, it's out there 'Moscow.' As bad as the nickname 'Moscow Mitch' is, 'Chokehold Mitch' will probably be worse for you in Kentucky. You're the only person in America right now who is stopping this legislation from passing."