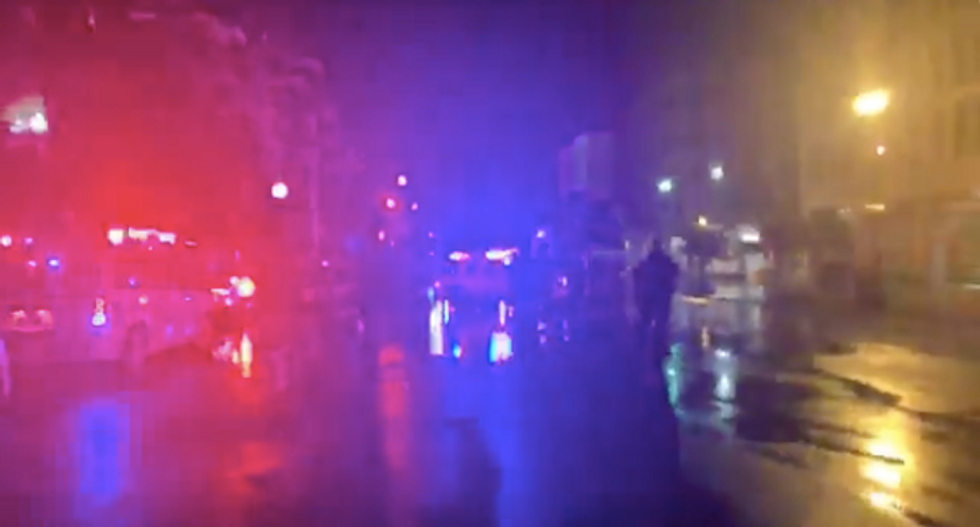 Two National Guard troops were struck by lightning in Lafayette Park, where some of their comrades had fired chemical irritants and less-lethal bullets on peaceful protesters.

The pair was hospitalized shortly after midnight after lightning struck the public square outside the White House, a little over three days after U.S. Park Police and the National Guard violently cleared out protesters ahead of a visit by President Donald Trump to a nearby church.

The troops were treated for serious but non-life-threatening injuries, according to a spokesman for D.C. Fire.

Shortly after midnight, #DCsBravest received a call for a report of 2 military personnel suffering the effects of a… https://t.co/dMzJt7kMIv
— DC Fire and EMS (@DC Fire and EMS) 1591333525.0