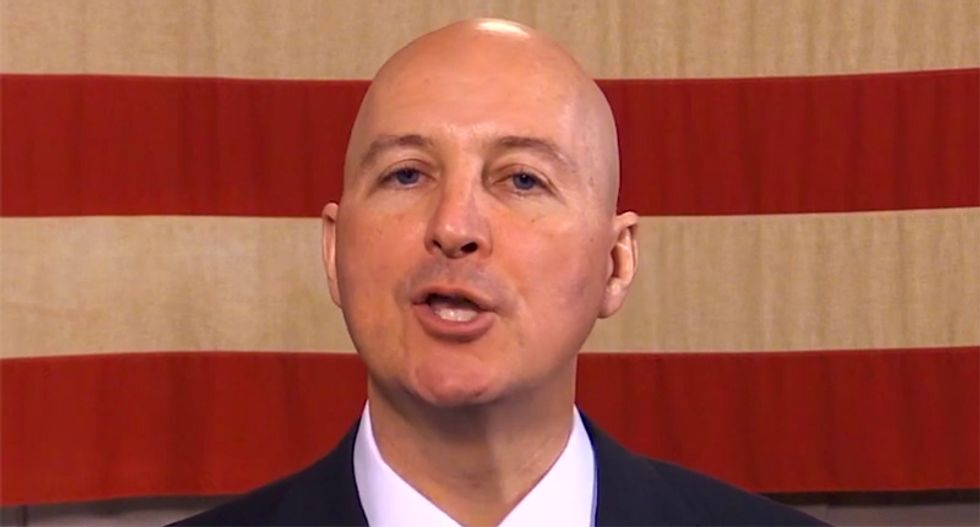 Nebraska's Republican governor threatened to cut off federal funding for coronavirus relief to local governments that require masks before entering courthouses and other government buildings.

Gov. Pete Ricketts makes a point of recommending masks for shopping and other public activities, but he threatened to withhold federal relief funding from local officials that require them inside government buildings, reported the Omaha World-Herald.

“The governor encourages people to wear a mask,” said spokesman Taylor Gage, “but does not believe that failure to wear a mask should be the basis for denying taxpayers’ services.”

“Counties are not prohibited from requiring masks, but if they want CARES Act money, they have to be fully open, and that means they cannot deny service for not wearing a mask,” Gage added.

The pandemic has hit some parts of the state badly, while 18 rural counties haven't reported a single positive case, but local officials are frustrated that the governor won't allow them to set their own public safety rules.

“We’d like to have a little bit more ability to call the shots in our courthouse," said Deb Schorr, a Lancaster County Board member and past president of the Nebraska Association of County Officials, "but we realize that he has the right to set the rules."

In Dakota County, where a Tyson meatpacking plant helped drive one of the most intense outbreaks in the nation, local officials had required visitors to the courthouse to wear masks in hopes of containing the outbreak, but they said the governor's threat was clear.

"You better do what I want you to do,” said Dakota County Assessor Jeff Curry, who had hoped to keep the mask order through at least July 1, about the governor's mandate.

“It sure would have been nice to be able to sit down with our health director and County Board and have a conversation about what to do, without being mandated to do it,” Curry added.