'No benefit' from hydroxychloroquine for virus: UK trial 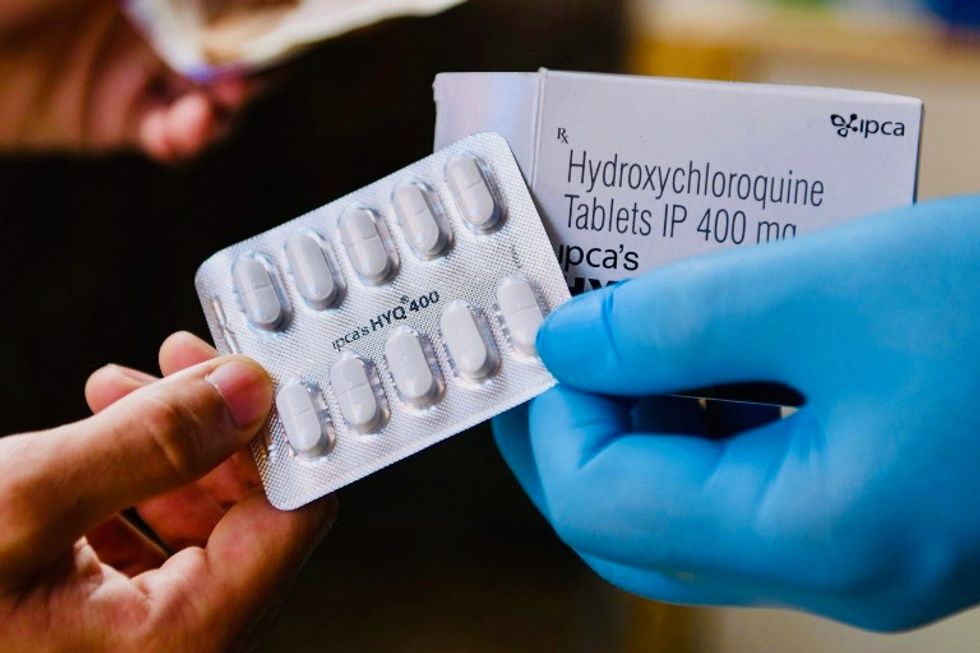 A major British clinical trial has found hydroxychloroquine has "no benefit" for patients hospitalized with COVID-19, scientists said Friday, in the first large-scale study to provide results for a drug at the centre of political and scientific controversy.

Hydroxychloroquine, a decades-old malaria and rheumatoid arthritis drug, has been touted as a possible treatment for the new coronavirus by high profile figures, including US President Donald Trump, and has been included in several randomized clinical trials.

The University of Oxford's Recovery trial, the biggest of these so far to come forward with findings, said that it would now stop recruiting patients to be given hydroxychloroquine "with immediate effect".

"Our conclusion is that this treatment does not reduce the risk of dying from COVID among hospital patients and that clearly has a significant importance for the way patients are treated, not only in the UK, but all around the world," said Martin Landray, an Oxford professor of medicine and epidemiology who co-leads the study.

The randomized clinical trial -- considered the gold standard for clinical investigation -- has recruited a total of 11,000 patients from 175 hospitals in the UK to test a range of potential treatments.

Other drugs continuing to be tested include: the combination of HIV antivirals Lopinavir and Ritonavir; a low dose of the steroid Dexamethasone, typically used to reduce inflammation; antibiotic Azithromycin; and the anti inflammatory drug Tocilizumab.

Researchers are also testing convalescent plasma from the blood of people who have recovered from COVID-19, which contains antibodies to fight the virus.

They found "no significant difference" in mortality after 28 days between the two groups, and no evidence that treatment with the drug shortens the amount of time spent in hospital.

"This is a really important result, at last providing unequivocal evidence that hydroxychloroquine is of no value in treatment of patients hospitalized with COVID-19," said Peter Openshaw, a professor at Imperial College London, in reaction to the results.

He added that the drug was "quite toxic" so halting the trials would be of benefit to patients.

Hydroxychloroquine has been in use for years but it has a number of potentially serious side effects, including heart arrhythmia.

Researchers from the Recovery trial said they would share their data with the World Health Organization (WHO), which on Wednesday restarted its own trials of hydroxychloroquine.

They were temporarily halted last month because of a now-retracted observational study in The Lancet medical journal that had suggested hydroxychloroquine and chloroquine, a related compound, were ineffective against COVID-19 and even increased the risk of death.

Authors of the Lancet research said on Thursday that they could no longer vouch for the integrity of its underlying data, in the face of serious concerns raised by fellow scientists over a lack of clarity about the countries and hospitals that contributed patient information.

The scandal cast a shadow over The Lancet and another top medical journal, but it did nothing to clear up the increasingly politicized question of whether or not hydroxychloroquine works as a treatment for COVID-19.

Openshaw said the Recovery trial should be credited with continuing the research until they could reach a definitive conclusion on hydroxychloroquine.

"Everyone regrets that it doesn't work, but knowing that allows us to focus on finding drugs that actually help recovery from COVID-19," he added.

Oxford professor Peter Horby, the lead investigator on the Recovery Trial, said there was probably a "very large number" of people around the world taking hydroxychloroquine for COVID-19, with countries including the US, China and Brazil authorizing it.

A separate clinical trial on Wednesday in the US and Canada found that taking hydroxychloroquine shortly after being exposed to COVID-19 does not work to prevent infection significantly better than a placebo.