'No way to sugarcoat it -- the numbers suck': Morning Joe panelist explains why Trump feels like a 'victim' these days 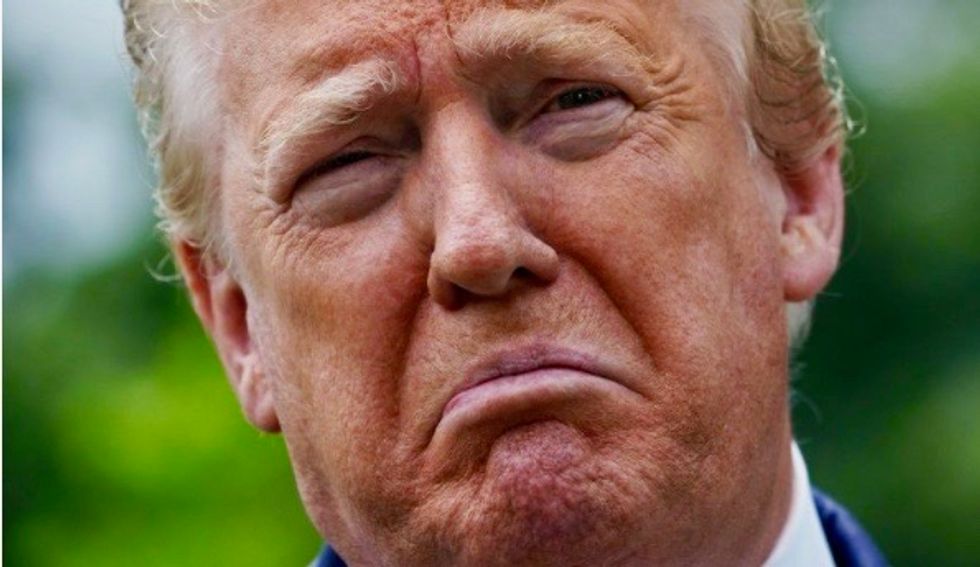 The president is trailing Joe Biden 50-43 nationwide in a new Fox News poll, and he's underperforming his 2016 results with evangelical and rural voters -- and the "Morning Joe" host said things are looking grim just over four months away from Election Day.

"We've been doing presidential elections for quite some time, and having any candidate plus-nine at this point in a campaign is pretty shocking, especially if you look back and see what happened four years ago" Scarborough said. "It's doubly difficult when Donald Trump has raised tens of millions, hundreds of millions of dollars, from rich donors, and they've plowed that money into ads trying to damage [Joe Biden] and at the same time Trump even got impeached trying to destroy Biden's reputation. and yet, here we are, Biden is still at 53 percent."

Axios co-founder James VandeHei agreed, saying there was not much of a silver lining in any of those numbers.

"There's no way to sugarcoat it, the numbers suck for Donald Trump across the board, other than his base of working-class white voters," VandeHei said. "Even the internal polling he's looking at, trying to put it in the most favorable light, is bad."

The Trump campaign believes they can wring out a "hidden vote" in rural communities with Facebook ads inflaming rural voters' concerns about Black Lives Matter demonstrations, VandeHei said, but he's frustrated that he's been unable to control the narrative.

"He feels like the victim of the courts, of the staff, the victim of rallies, the victim of virus," VandeHei said. "He's done this and he's gone through these phases which you guys talk a lot about, but I've never seen him more obsessed with his victimization on a sustained basis than the last two weeks."

Scarborough said the president can no longer tell his voters that he'll deliver court victories, after the Supreme Court upheld LGBTQ rights and rejected the administration's rollback of immigrant rights.

"You look at his main justification for getting elected to evangelicals and the conservatives, it's the Supreme Court," Scarborough said. "It's all I hear from my friends and my family members that still support Donald Trump -- yes, we don't like him, but the court. Yes, he's a bad human being, but the court. Yes, we'd never invite him to our house for dinner, he's so disgusting, he's a bad example for our children, but the court."

"Now this week, as we come to the end of the week," he added, "these same people are forced to face the fact that Donald Trump's first pick for the United States Supreme Court did more to advance the rights of a community that evangelicals have been pushing against for decades. This has been a remarkable week."