'Not appropriate at all': GOP senator admits it was wrong to gas protesters for Trump's photo-op 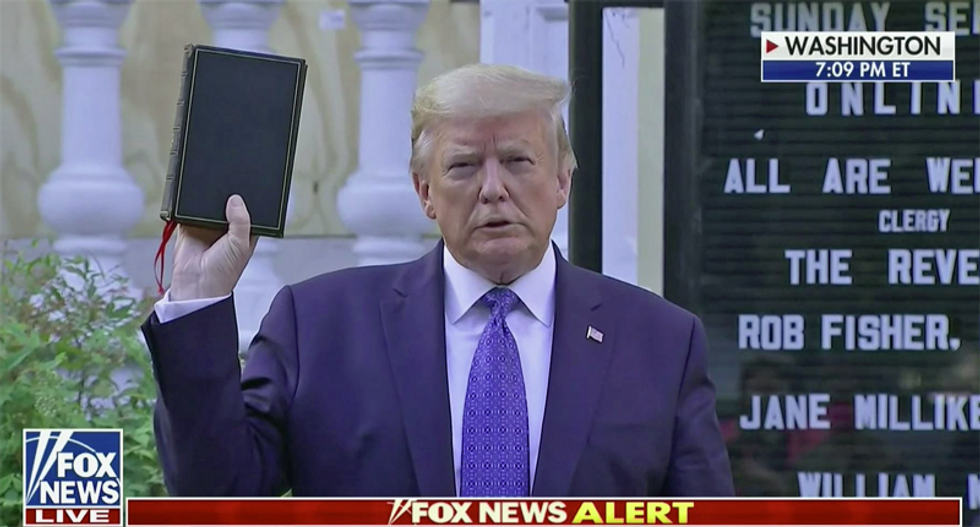 The decision to gas protesters so President Donald Trump could hold a photo-op holding a Bible were criticized by a Republican senator on Friday as cracks start to emerge in Republicans' support for the president.

"As you know, outside the White House when protesters were peacefully exercising their rights, there were rubber bullets and tear gas, they were disbursed so he could go for the pictures, the photo-op at the church," CNN's Erin Burnett reported.

She noted criticism by former General Mattis and asked Sen. Tim Scott (R-SC) if he agreed.

"I would say no question the scene that I understand occurred there with the tear gas and rubber bullets was unnecessary, not appropriate at all," he replied.

However, he did not directly criticize Trump.

"The president's response was that he had no clue about that, I have to take him at his word," Scott said.