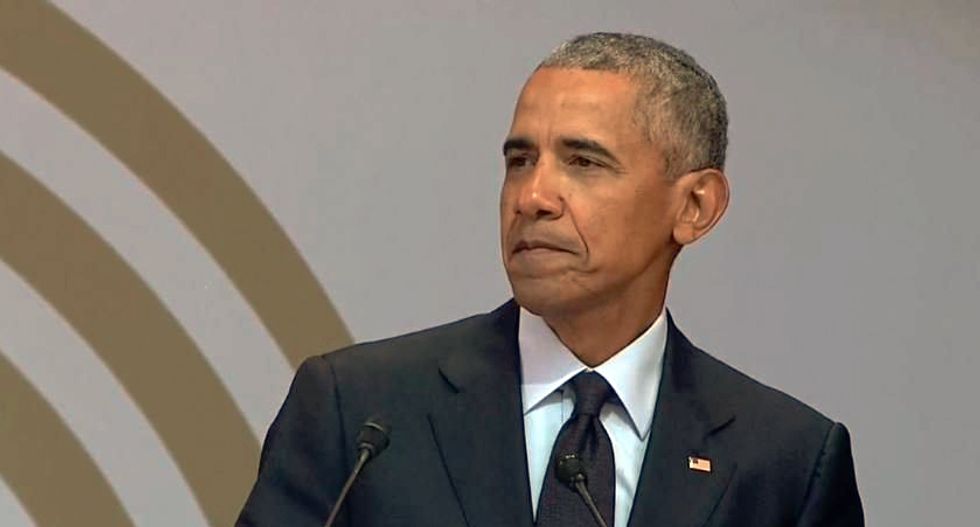 Former President Barack Obama called on Americans to vote out elected officials standing in the way of criminal justice reform.

In a lengthy Facebook statement, the former president offered his support to protests against police brutality raging across the country, but called on demonstrators to turn their "genuine and legitimate frustration" into a electoral action.

"It’s mayors and county executives that appoint most police chiefs and negotiate collective bargaining agreements with police unions," Obama said. "It’s district attorneys and state’s attorneys that decide whether or not to investigate and ultimately charge those involved in police misconduct. Those are all elected positions. In some places, police review boards with the power to monitor police conduct are elected as well. Unfortunately, voter turnout in these local races is usually pitifully low, especially among young people – which makes no sense given the direct impact these offices have on social justice issues, not to mention the fact that who wins and who loses those seats is often determined by just a few thousand, or even a few hundred, votes."

"So the bottom line is this: if we want to bring about real change, then the choice isn’t between protest and politics," he added. "We have to do both."

Although he didn't call out President Donald Trump by name, Obama's statement seemed to take aim at his failure of leadership.

"I recognize that these past few months have been hard and dispiriting – that the fear, sorrow, uncertainty, and hardship of a pandemic have been compounded by tragic reminders that prejudice and inequality still shape so much of American life," Obama said. "But watching the heightened activism of young people in recent weeks, of every race and every station, makes me hopeful. If, going forward, we can channel our justifiable anger into peaceful, sustained, and effective action, then this moment can be a real turning point in our nation’s long journey to live up to our highest ideals."