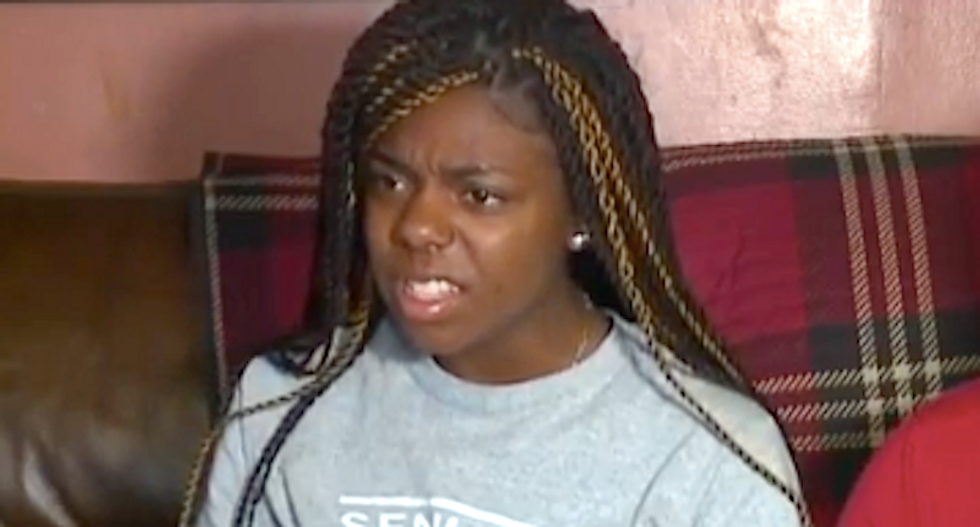 A suburban Cincinnati teen may turn down a scholarship offer from a Kentucky university after receiving a racist email from a former coach.

“I saw that they had a good program, so I was just very open to Morehead,” Adams told the station.

But she's considering other options after she and her mother received a chain email from the bowling team's "coach emeritus," who sent a column by Washington Times contributor with the subject line: "Do Black lives matter?"

“I was just shocked," Adams said. "I was very disgusted, like, ‘Am I really reading this? Is this real?'”

The 2017 column, published just after President Donald Trump called former San Francisco 49ers player Eric Reid a "son of a b*tch" for kneeling in protest during the national anthem, complained that white Americans were blamed for oppression -- while also trafficking in racist stereotypes.

"I for one am tired of being blamed," Wood wrote. "I am tired of dealing with people who only want something from others. I don’t oppress anyone. I don’t hold anyone down. I’m tired of getting on the D.C. metro and seeing white people being harassed by roaming gangs of black youth with their pants around their knees. Yes, you want a white person uncomfortable? That makes me uncomfortable. It’s our nation’s capital and it’s embarrassing."

The teen's mother, Danielle Watson, said she started shaking as she read the email, wondering why it had been sent to her Black daughter, and she complained that Morehead State officials didn't respond to her email about the situation until she contacted a TV reporter.

"They did not respond to us," Watson said. "Once again, we were made to feel little, like we didn’t matter and what was going on didn’t matter until you, a reporter — then it mattered to them."

The university issued a statement after WCPO contacted them, saying the former coach had been asked to "discontinue his volunteer work" for the team.

“Diversity and inclusion of people and thought are core values of Morehead State University," the university said in a statement, "and we take any report of actions contrary to those values seriously.”

The coach emeritus apologized to the family via text message, but Adams isn't sure she feels comfortable attending the university about 120 miles south in eastern Kentucky.