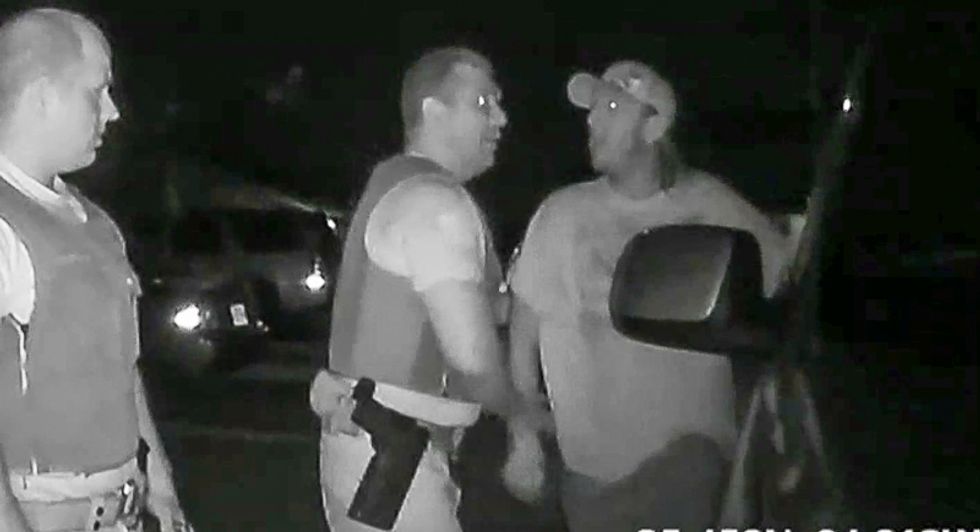 A police officer in Sallisaw, Oklahoma is on vacation and administrative leave while being investigated for using an unauthorized chokehold.

In an incident which occurred on June 7, officers responded to reports of a man with a gun. When they arrived on the scene, no gun was found. But body camera footage reportedly shows Lt. Billy Oliver asking another man, "Do you want to go?"

"Get out of my face, Billy," the man replies.

In the video, Oliver appears to put the man in a chokehold, forcing him to the ground. The man was arrested on charges of resisting arrest and disorderly conduct. He was later released on a cash bond of $497.

Chief Terry Franklin told 40/29 News that Sallisaw officers are taught not to use chokeholds.

The report stated that the chokehold was necessary to "assist" the suspect "to the ground before they could get him in handcuffs."