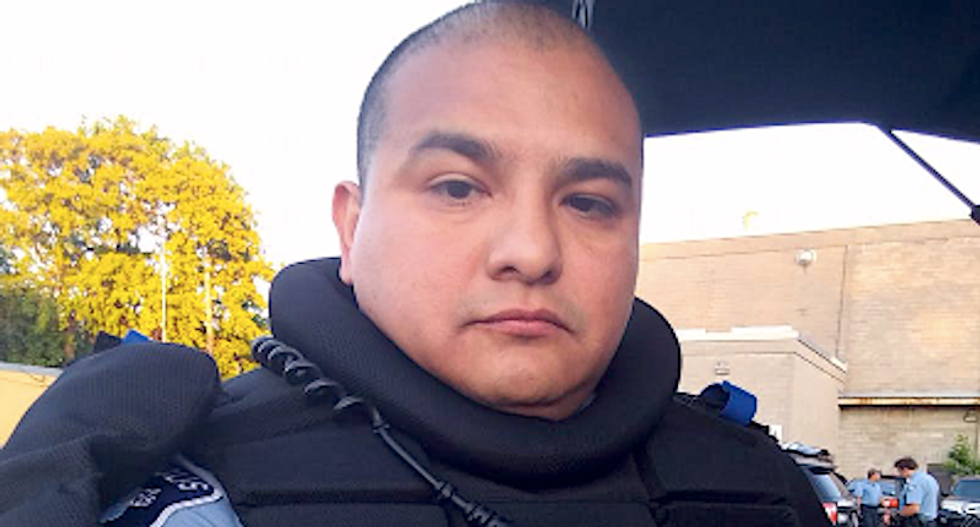 A Trump-loving Minneapolis police officer has landed under investigation for a series of racist and inflammatory social media postings.

"FYI all our personal info was leaked by someone in the department," Peña posted Friday, in apparent reference to possibly fake data breach. "Word is that protesters are going to our houses. Lock and load!!!"

Peña celebrated the killing of 21-year-old Dreasjon "Sean" Reed, who witnesses say was fatally shot in the back May 6 after an Indianapolis police officer used a Taser stun gun to knock him to the ground.

He also joked last week that rioters who'd burned the 3rd Police Precinct on May 29 should do the same to Riverside Plaza, a high-rise housing development where many Somali-American families live.

The officer praised the arrests of CNN reporter Omar Jimenez and his camera crew on live TV and denied police racism.

"Thank you for bringing this to our attention. This does not meet the mission, values, and goals of the Minneapolis Police Department," said spokesman John Elder. "We have launched an internal investigation."