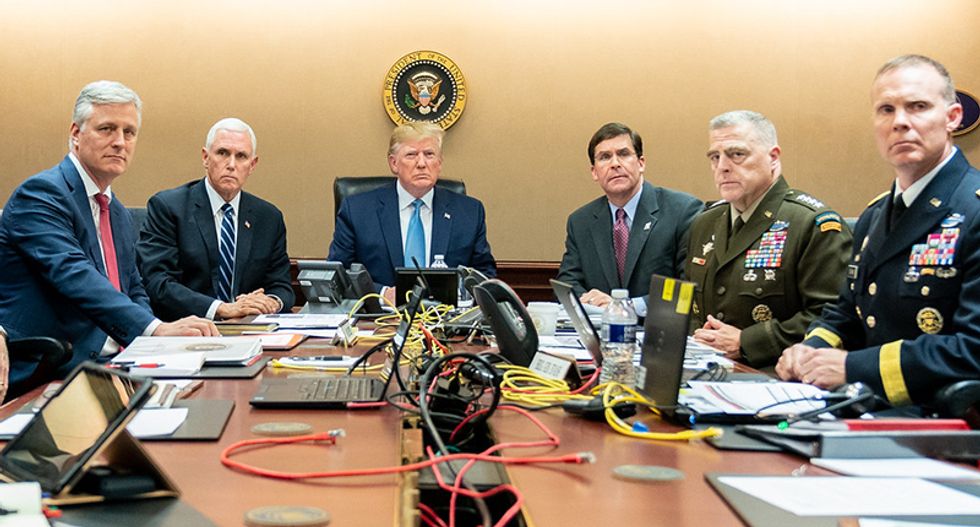 Monday, President Donald Trump responded to reports that he was rushed to the bunker as protesters surrounded the White House, by having the military gas the activists so he could walk to St. John's church and do a photo-op with an upsidedown Bible.

After the briefing from the president when Trump announced he was going to "a very special place," Esper and Milley left, intending to review National Guard troops in the area, said Missy Ryan at the Washington Post.