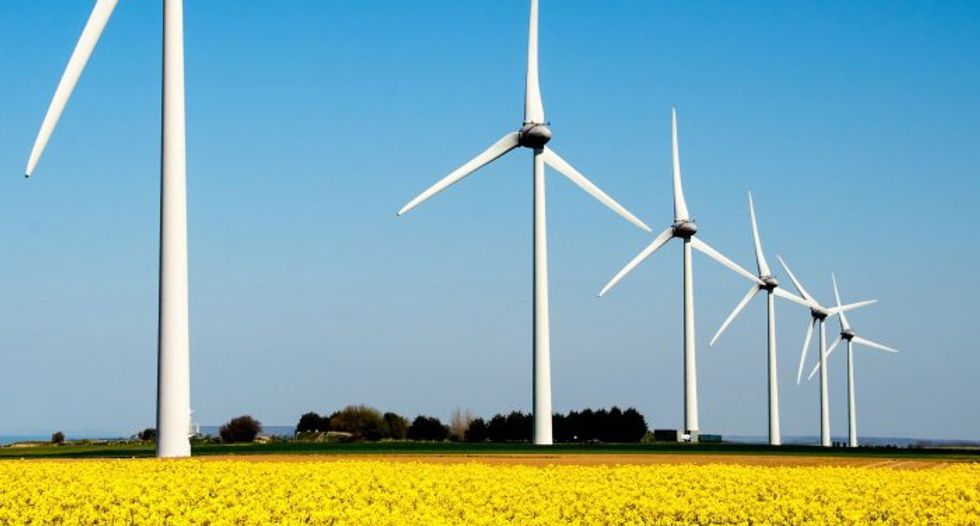 Waste heat is all around you. On a small scale, if your phone or laptop feels warm, that’s because some of the energy powering the device is being transformed into unwanted heat.

On a larger scale, electric grids, such as high power lines, lose over 5% of their energy in the process of transmission. In an electric power industry that generated more than US$400 billion in 2018, that’s a tremendous amount of wasted money.

Globally, the computer systems of Google, Microsoft, Facebook and others require enormous amounts of energy to power massive cloud servers and data centers. Even more energy, to power water and air cooling systems, is required to offset the heat generated by these computers.

Where does this wasted heat come from? Electrons. These elementary particles of an atom move around and interact with other electrons and atoms. Because they have an electric charge, as they move through a material – like metals, which can easily conduct electricity – they scatter off other atoms and generate heat.

Superconductors are materials that address this problem by allowing energy to flow efficiently through them without generating unwanted heat. They have great potential and many cost-effective applications. They operate magnetically levitated trains, generate magnetic fields for MRI machines and recently have been used to build quantum computers, though a fully operating one does not yet exist.

But superconductors have an essential problem when it comes to other practical applications: They operate at ultra-low temperatures. There are no room-temperature superconductors. That “room-temperature” part is what scientists have been working on for more than a century. Billions of dollars have funded research to solve this problem. Scientists around the world, including me, are trying to understand the physics of superconductors and how they can be enhanced. 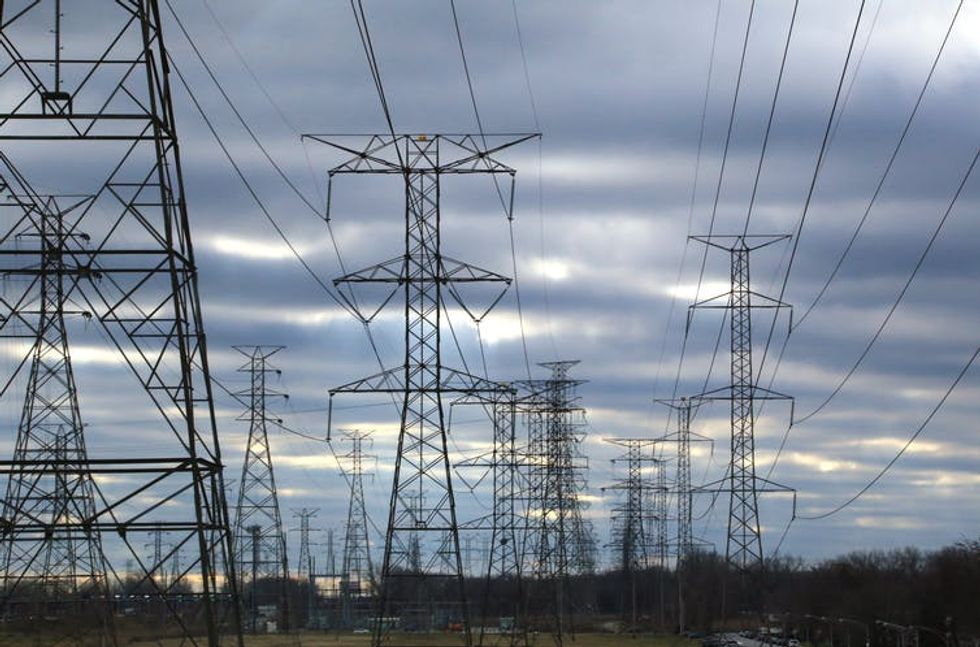 The U.S. power grid sheds heat at a loss of billions of dollars each year.

A superconductor is a material, such as a pure metal like aluminum or lead, that when cooled to ultra-low temperatures allows electricity to move through it with absolutely zero resistance. How a material becomes a superconductor at the microscopic level is not a simple question. It took the scientific community 45 years to understand and formulate a successful theory of superconductivity in 1956.

While physicists researched an understanding of the mechanisms of superconductivity, chemists mixed different elements, such as the rare metal niobium and tin, and tried recipes guided by other experiments to discover new and stronger superconductors. There was progress, but mostly incremental. 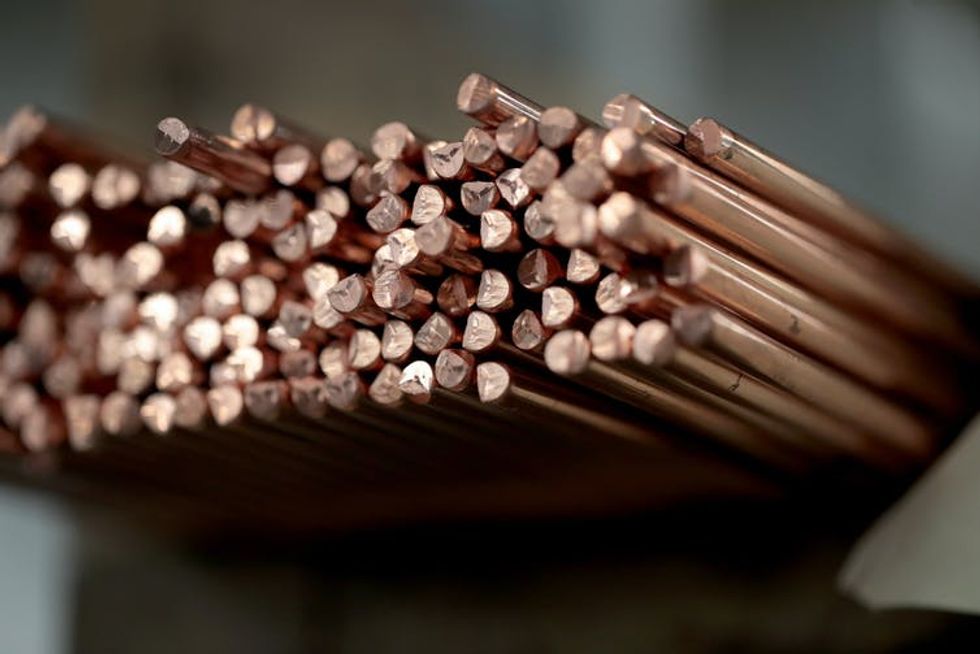 Simply put, superconductivity occurs when two electrons bind together at low temperatures. They form the building block of superconductors, the Cooper pair. Elementary physics and chemistry tell us that electrons repel each other. This holds true even for a potential superconductor like lead when it is above a certain temperature.

When the temperature falls to a certain point, though, the electrons become more amenable to pairing up. Instead of one electron opposing the other, a kind of “glue” emerges to hold them together.

Discovered in 1911, the first superconductor was mercury (Hg), the basic element of old-fashioned thermometers. In order for mercury to become a superconductor, it had to be cooled to ultra-low temperatures. Kamerlingh Onnes was the first scientist who figured out exactly how to do that – by compressing and liquefying helium gas. During the process, once helium gas becomes a liquid, the temperature drops to -452 degrees Fahrenheit. 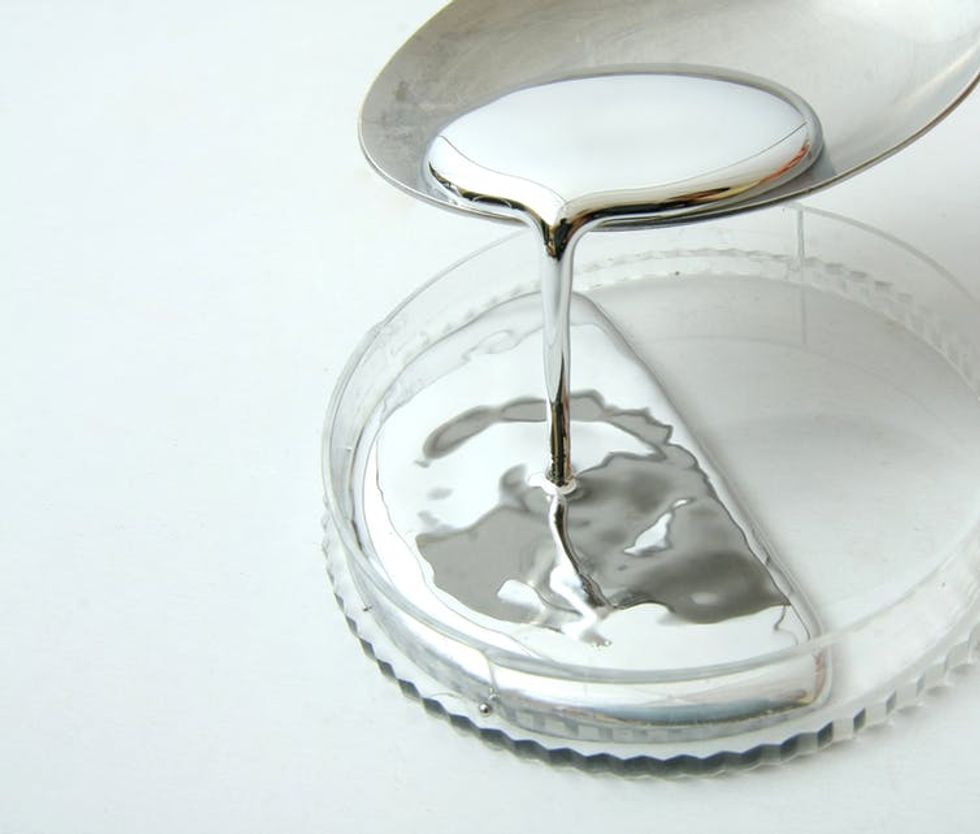 Quicksilver or mercury, the only metal that is liquid at room temperature.

When Onnes was experimenting with mercury, he discovered that when it was placed inside a liquid helium container and cooled to very low temperatures, its electric resistance, the opposition of the electric current in the material, suddenly dropped to zero ohms, a unit of measurement that describes resistance. Not close to zero, but zero exactly. No resistance, no heat waste.

This meant that an electric current, once generated, would flow continuously with nothing to stop it, at least in the lab. Many superconducting materials were soon discovered, but practical applications were another matter.

These superconductors shared one problem – they needed to be cooled down. The amount of energy needed to cool a material down to its superconducting state was too expensive for daily applications. By the early 1980s, the research on superconductors had nearly reached its conclusion.

In a dramatic turn of events, a new kind of superconductor material was discovered in 1987 at IBM in Zurich, Switzerland. Within months, superconductors operating at less extreme temperatures were being synthesized globally. The material was a kind of a ceramic.

Scientists were seeking materials where electrons were free to move around, yet in these materials, the electrons were locked in and confined. The scientists at IBM, Alex Müller and Georg Bednorz, had actually discovered a new kind of superconductor. These were the high-temperature superconductors. And they played by their own rules.

Scientists now have a new challenge. Three decades after the high-temperature superconductors were discovered, we are still struggling to understand how they work at the microscopic level. Creative experiments are being conducted every day in universities and research labs around the world.

In my laboratory, we have built a microscope known as a scanning tunneling microscope that helps our research team “see” the electrons at the surface of the material. This allows us to understand how electrons bind and form superconductivity at an atomic scale.

More remarkably, solar energy harvested in the vast empty deserts around the world could be stored and transmitted without any loss of energy, which could power cities and dramatically reduce greenhouse gas emissions. The potential is hard to imagine. Finding the glue for room-temperature superconductors is the next million-dollar question.

[You’re too busy to read everything. We get it. That’s why we’ve got a weekly newsletter. Sign up for good Sunday reading. ]

The owner of a Mexican butcher shop in Santa Barbara, California says his store has been on the receiving end of string of racially motivated act of vandalism, the Santa Barbara Independent reports.

“I’ve been here for 30 years,” said Javier Lomeli, owner of Carniceria La Nueva, located on Haley Street. “I don’t know why — if they have something against me or Spanish-speaking people.”