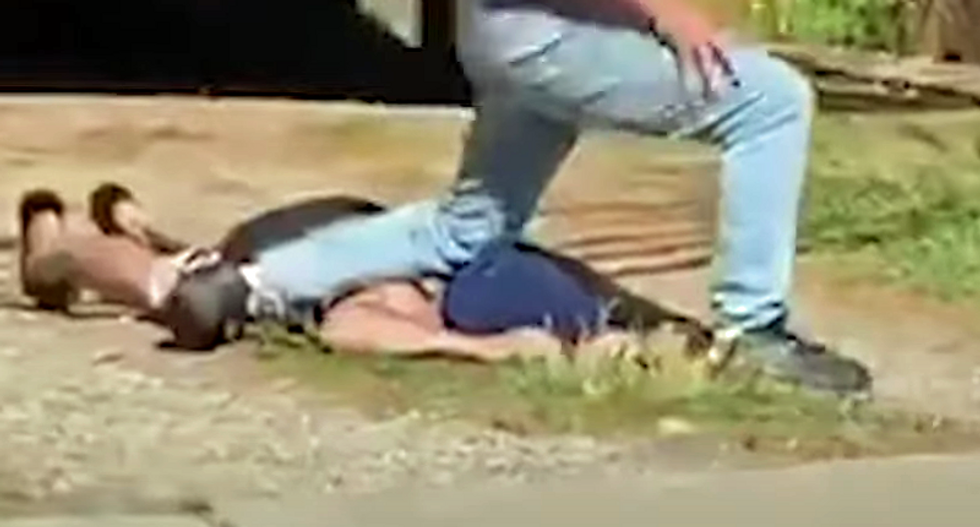 Viral video posted to social media showed two men taunting protesters for police justice by reenacting the death of George Floyd while in the custody of the Minneapolis Police Department.

The video was reportedly shot in Gloucester County against a group of counterprotesters against a backdrop of a pickup truck with a Donald Trump flag.

Maggie Kent, a reporter for ABC 6 in Philadelphia, reports that FedEx and the New Jersey Department of Corrections officer have each said they have suspended an employee allegedly seen in the counter-protest.

SUSPENDED: 2 men seen in #blacklivesmatter counter protest (one of which recreated the scene in which #GeorgeFloyd… https://t.co/qMk77Vc7UY
— Maggie Kent (@Maggie Kent) 1591738280.0