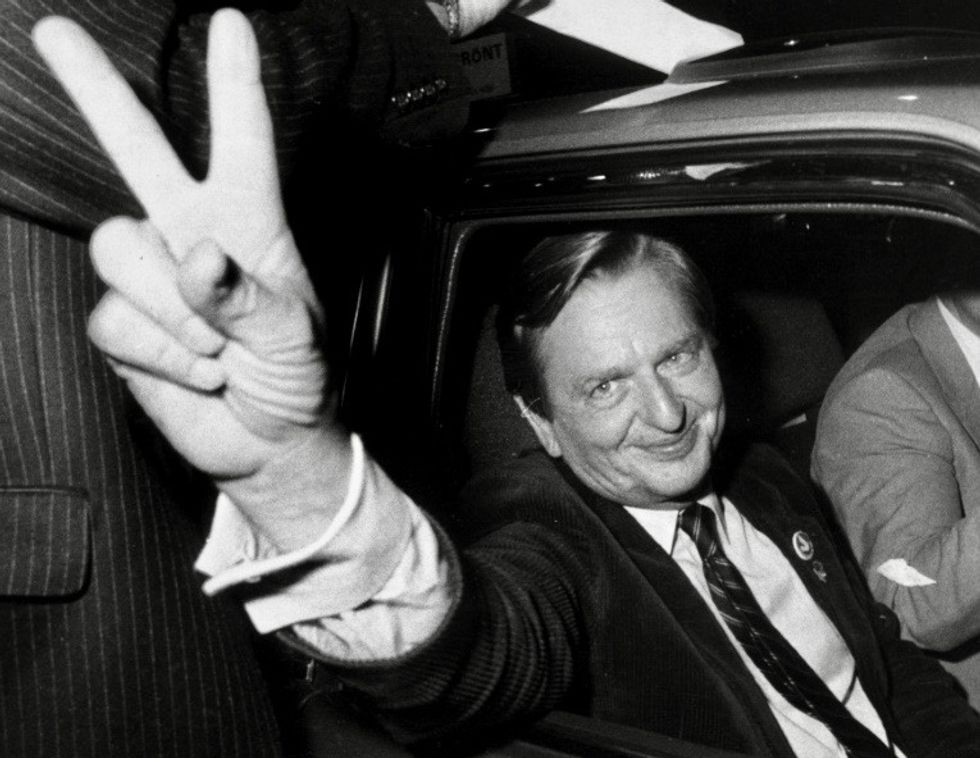 Swedish prosecutors said Wednesday they had closed their investigation into the 1986 murder of prime minister Olof Palme as their main suspect, a Swede known for his opposition to Palme's leftwing policies, was now dead.

Palme was killed on February 28, 1986, after leaving a Stockholm cinema with his wife Lisbet to walk home, having dismissed his bodyguards for the evening.

An unidentified attacker shot Palme in the back and fled, leaving the 59-year-old dying in a pool of blood on the sidewalk.

More than 10,000 people have been questioned over the years, and 134 people have confessed to the crime.

"We can't get around one person as the perpetrator. He is Stig Engstrom," chief prosecutor Krister Petersson told reporters, referring to a man dubbed "the Skandia man" in Swedish media because he was working late in the Skandia building near the scene on the night of the crime.

"Because he is dead, I can't press charges against him, and have therefore decided to close the investigation," Petersson said.

Engstrom was questioned as a witness early on in the investigation but police deemed him unreliable as he changed his story several times.

TT NEWS AGENCY/AFP / Fredrik SANDBERG An unidentified attacker shot Palme in the back and fled, leaving the 59-year-old dying in a pool of blood on the sidewalk

Media have suggested over the years that he changed his story to cover up his role as the gunman. He died in 2000, aged 66.

Christer Pettersson -- a petty criminal and drug addict who in a bizarre coincidence shares a nearly identical name with the current chief prosecutor -- was convicted of the crime in July 1989 after Palme's widow identified him in a widely-criticized line-up.

But he was freed months later by an appeals court which dismissed her testimony on a technicality. Pettersson died in 2004, while Palme's widow passed away in 2018.

Police have never recovered the murder weapon despite testing 788 revolvers over the years, they said Wednesday.