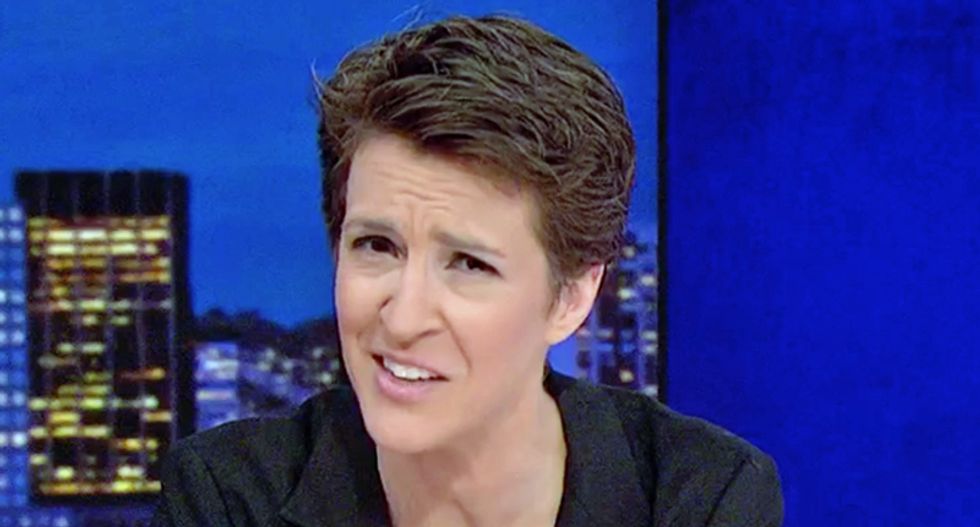 The Republican Party is determined to have a massive GOP convention where they can have hundreds of its members, delegates and elected officials celebrate President Donald Trump. The only problem is that the coronavirus is still going strong. North Carolina's governor finally had to make a decision and tell the GOP that it was too dangerous to have that many people fly into their state while they're still trying to get the virus under control.

So, mere months before their convention, the Republican Party was forced to look for another location. As MSNBC host Rachel Maddow explained, however, their options aren't great. While New York has managed to flatten their curve and significantly reduce their cases of COVID-19, other states haven't been able to do the same.

Republicans are now desperately searching for a friendly governor willing to take a huge influx of people who could have COVID-19 or come in contact with someone who has COVID-19 just so the president can have a week of a televised celebration of him.

Maddow pulled up the New York COVID-19 bar graph showing how their cases are going down. She then compared it to North Carolina, which is experiencing an influx of cases.

Another state that the GOP is looking at is Tennessee. The GOP toured Nashville Wednesday, hoping that it could be a possibility. Maddow pulled up the coronavirus cases for Tennessee, showing that it isn't much better than North Carolina right now. Arizona is another consideration, but their cases are going up too. Even in the South where it's almost guaranteed Trump would get a happy reception, things don't look good. Mississippi is having a huge explosion of cases and so is Arkansas.

This, she explained, is all happening at the same time that troops are rolling into Washington, DC and the president is telling people he wasn't rushed to the bunker to hide, he was just "inspecting" the bunker.

"I mean it's all happening at once," Maddow said. "The failed and disastrous epidemic response that gave our country the worst epidemic on Earth. And the highest case number on Earth, and the highest death count by far and still growing. That government response, as bad as it has been, really is just being abandoned now. It really is just being collapsed. Even as the numbers start to climb back up, ominously."

"Alongside that, while the fight against the epidemic is essentially being abandoned, by this president, as bad as he was in mounting that fight, he walked away from it now, and now, we have this totally new crisis, in which the president is ordering armed, in his words, 'heavily-armed active-duty U.S. troops' to be used against the American people on U.S. soil," she continued.

"And as much as this appears to be driven by the president's desire to try to look tough, today, I don't know if you saw this, today, the president literally started saying, that he hadn't actually been rushed to the safety bunker inside the White House because of protests outside the White House, today he said, whatever you heard about that, about him being rushed to the bunker, that was fake news. Today, he decided to explain that by saying he had gone to that bunker himself of his own accord because he wanted to inspect the bunker. The president is a bunker inspector now because he wouldn't want us to think that he needed to be moved somewhere for his own safety. He inspects bunkers. Kind of a hobby."