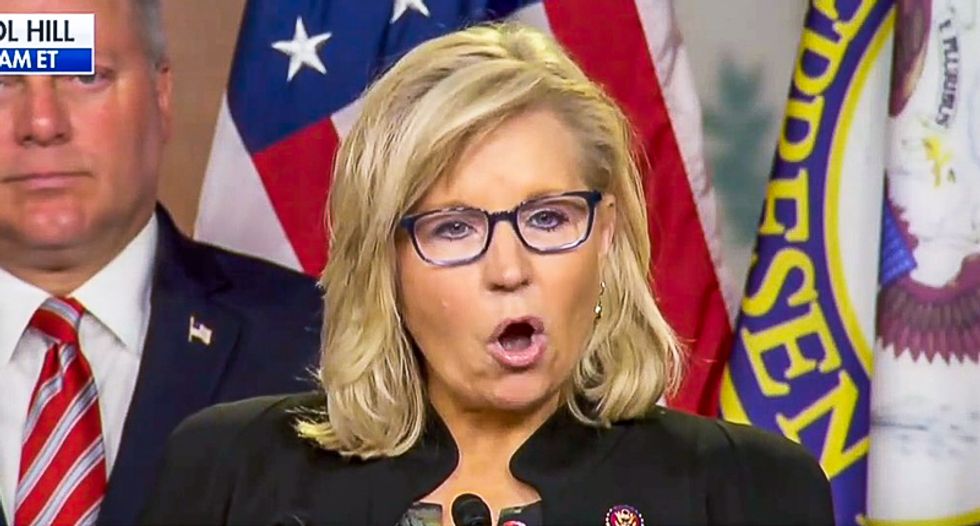 Republican leaders are demanding answers from the White House after it was reported Friday that the Russian Federation put a bounty on the heads of American soldiers fighting in Afghanistan, Bloomberg News reported.

According to a New York Times report Sunday, the American intelligence community members and commandos were aware of the information in January. President Donald Trump said that neither he nor Vice President Mike Pence knew about the information, despite multiple intelligence briefings over the past six months.

Top Republican Rep. Liz Cheney (R-WY) tweeted that if Trump's claims were true, Americans deserve an explanation of "who did know and when," and asked if information had been contained in the Presidential Daily Briefing.

Trump doesn't do the "Presidential Daily Briefing" because he doesn't find it interesting. Instead, he generally gets a briefing book that he only glances at. There have also been reports that the president has a difficult time paying attention and that some briefers must find ways of keeping his attention. It's unknown if the president was briefed and simply doesn't remember it or wasn't paying close enough attention.

Before heading for a round of golf with the president, Sen. Lindsey Graham (R-SC) said that it was important that Congress get to the bottom of how this wasn't known.

"I expect the Trump administration to take such allegations seriously and inform Congress immediately as to the reliability of these news reports," he tweeted.

It's rare for Republicans to agree with Democrats about anything, but like Cheney, Speaker Nancy Pelosi too wants to get to the bottom of why no one, including her, was informed about this.

"This is as bad as it gets, and yet the president will not confront the Russians on this score, denies being briefed. Whether he is or not, his administration knows," Pelosi said Sunday on ABC.

Former national security adviser John Bolton has been making the rounds to promote his new book, where he flattens Trump for being too ignorant to be president and claims he's unable to pay attention during briefings.

During Sunday's "Meet the Press," Bolton said it was "pretty remarkable the president's going out of his way to say he hasn't heard anything about it, one asks, why would he do something like that?"

"He can disown everything if no one ever told him about it," Bolton added. "It looks like just another day in the office at the Trump White House."