Republicans fear Trump's boast the economy is roaring back will blow up in his face before the election: report 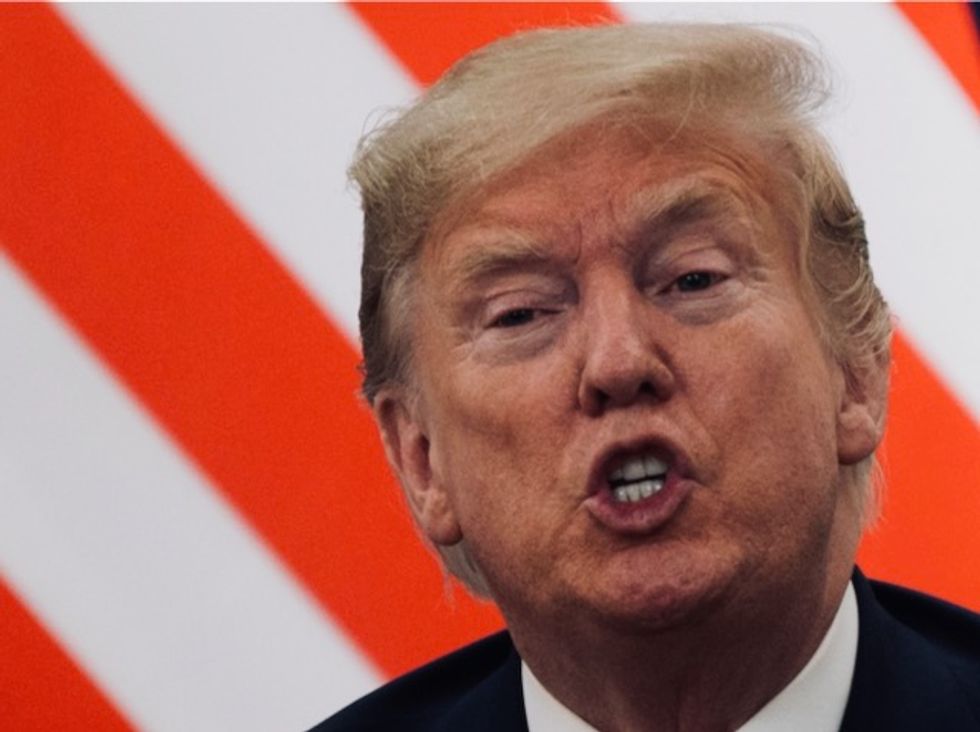 Republican campaign consultants and advisers are hoping Donald Trump will tone down his boasting that the economy will quickly come roaring back as businesses begin re-opening due to COVID-19 concerns.

With the White House preparing a "recovery summer" roll-out that will tout the economic recovery as a way to reverse the president's collapsing poll numbers, some GOP officials worry Trump's words could come back to haunt him in November.

According to the report from Politico, Trump administration officials are grasping for anything to halt the president's slide in the polls and hope Friday's job report showing unemployment dropping will bolster his re-election campaign.

But, as history has shown, that could be perilous for the president.

"President Donald Trump and his team are heralding a summer of economic recovery — a dramatic turnaround that will become the centerpiece of his pitch to voters, casting aside attention on nationwide protests and the coronavirus pandemic," wrote Politico's Nancy Cook. "Many fellow Republicans — and Democrats burned by hopeful economic messaging a decade ago — view the coming months with far greater caution, warning about a chest-thumping declaration of victory."

According to Michael Strain, director of economic policy studies at the conservative American Enterprise Institute, the devil is in the details in Friday's job report.

"The progress is taking place from a very deep hole,” he explained. “Even if everyone who was on temporary layoff went to work tomorrow, and the only people who were unemployed were people who had been permanently laid off, we’d still have recession-level unemployment. We’d still have lost a half-decade of progress.”

According to Politico's Cook, "The dynamic of Trump gleefully promoting a soaring stock market and improving economic data could present a substantial political risk in a still-fragile economic environment as millions of Americans seek jobs from cautious employers, the coronavirus rages on and protests blanket the nation."

As an example, she explained, "It’s an opening for political attacks that Republicans themselves once engineered — slamming President Barack Obama in 2010 for what they viewed as prematurely promising a “recovery summer” ahead of an election season dominated by a wave of tea party protests. Expectations from Obama and former vice president Joe Biden for a wave of new jobs — partly powered by stimulus-driven infrastructure and construction projects — never fully materialized, leading to blistering attacks from GOP candidates about the still-high jobless rate. In the 2010 mid-terms that fall, Democrats lost control of the House — an outcome that crippled the Obama agenda."

According to one high-ranking GOP Senate aide, the president may have put himself in a box with his Friday press conference touting the unemployment numbers.

“It was a classic Trump stream of consciousness, almost like a rally,” tye aide admitted. “It’s good he is touting these numbers, but I also think we need to not proclaim ‘Mission Accomplished.’ There is still a virus and still ridiculously high unemployment. I would urge caution to the White House.”