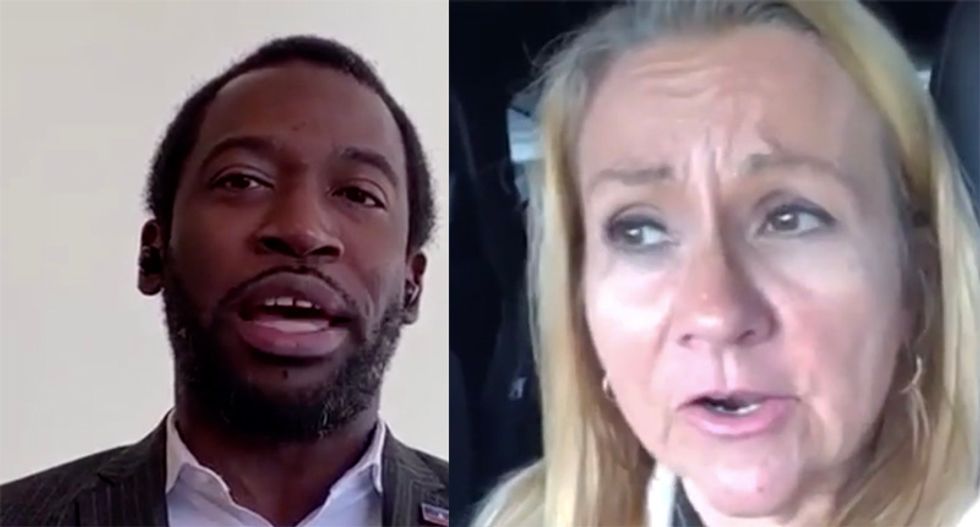 Appearing on CNN's "New Day" on Friday morning, the mayor of Richmond, Virginia set a white state lawmaker straight over her comments that the imminent removal of a statue commemorating Confederate General Robert E. Lee was erasing her history.

Speaking with host John Berman, Mayor Levar Stoney expressed pleasure at the upcoming removal of the massive statue, saying it was a long overdue -- before the interview turned to comments made by State Senator Amanda Chase (R) made in a Facebook post.

Noting that the white lawmaker complained, "Let's be honest here, there is an overt effort here to erase all-white history," Stoney had a few words for the lawmaker.

"You don't know how many times, since I've been a young man who grew up in Virginia, I have heard people tell me, 'you know that's our history, that's your history as well,'" he began. "And I always have to remind -- you know that that history means to me? I understand what it means to you, I want you to take a step back and what that means to me."

"That history of the Confederacy was to ensure that people like me never hold the office of mayor," he explained. "Young black kids never get educated, that we will just be cattle and property for the remainders of our lives. That's what the confederacy was all about."

"And even Robert E. Lee himself said that there should not be statues of him and others erected after the end of the Civil War," he lectured. "And so this is a reckoning that has been a long time coming."