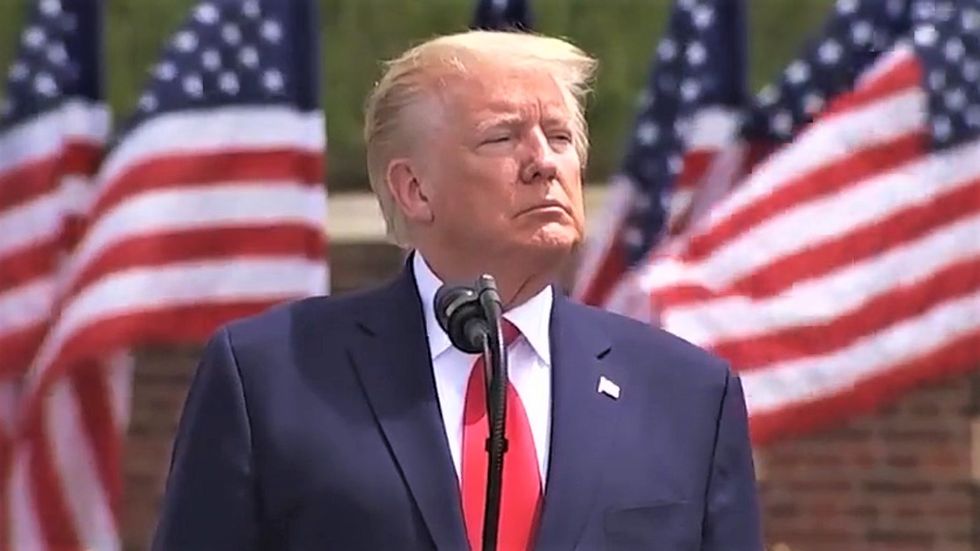 Watching U.S. troops face off against protesters brings up painful memories for survivors of military dictatorships.

Ana María Careaga was kidnapped and tortured at 16 by Argentina's military dictatorship, and her mother was murdered, and she said recent events under President Donald Trump deeply worried her, reported The Guardian.

“What’s happening is very dangerous in a way similar to the dictatorships we had to endure in South America,” said Careaga, the co-director of the Instituto Espacio Memoria, which memorializes the junta's victims. “Trump is shielding himself behind religious symbols while trying to seduce people to vote for him in the name of freedom, when it is precisely their freedom that leaders like him plan to abolish.”

Miriam Lewis survived one of Argentina's secret death camps, where about 5,000 people were tortured and murdered by Jorge Videla's military junta in the 1970s.

“I think Americans are not aware, or don’t have the experience, to realise what it means for the military to be out on the streets in charge of domestic security,” Lewin said. “In Latin America, unfortunately, we do have a lot of experience with how that can lead to an authoritarian regime irrespective of the fact that Trump was democratically elected.”

A Chilean political scientist feared how Trump was responding to the twin crises of mass protests and the coronavirus pandemic.

Writing in the Spanish daily El País, Cristóbal Rovira Kaltwasser, a political scientist at Chile’s Diego Portales university and co-author of Populism, a Very Short Introduction, saw ill omens in the news from US cities, where the nationwide protests have overlapped with the crippling effects of the coronavirus outbreak.

“Trump is using the pandemic to position himself as a God-given saviour coming to avert an imminent catastrophe,” wrote Cristóbal Rovira Kaltwasser, of the Diego Portales university.

“His re-election, should it happen, will be considered – not least by him – as a clear indication that the time is right to push on with his radical, populist rightwing agenda," Kaltwasser added. "If that prediction is right, then COVID-19 will come to be seen as not just the bringer of death and recession in the U.S., but also as the forerunner that paved the way for the destruction of U.S. democracy.”