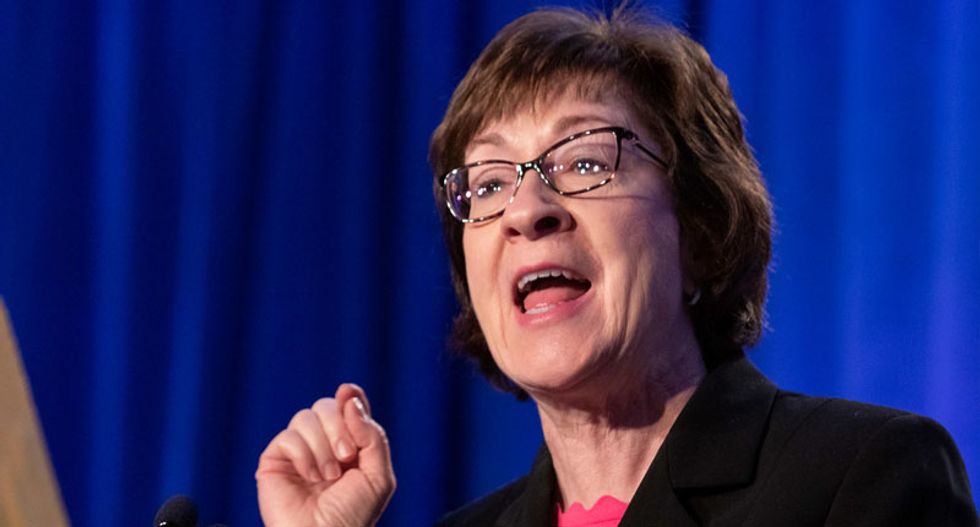 After being shredded online Monday, Sen. Susan Collins (R-ME) was trying to clean up her vote to support anti-choice justice Brett Kavanaugh for the Supreme Court. Collins, who has long claimed to be pro-choice, said that she believed Kavanaugh when he lied to her saying that he would uphold all legal precedent for abortion cases.

The Supreme Court announced Monday that it would strike down the Louisiana law that required abortion physicians to have hospital admitting privileges at a hospital within 30 miles of the clinic. Chief Justice John Roberts said that he must follow the precedent and strike down the law because a similar Texas law was also struck down.

Kavanaugh, however, voted for the Louisiana law to be upheld, flying in the face of his promise to Collins.

In a statement Monday afternoon, Collins claimed, "Kavanaugh gave no indication in his dissenting opinion that he supports overturning Roe." It ignores the "precedent" of abortion cases other than Roe that Kavanaugh promised her that he would uphold.

Women's rights group tried to tell Collins that Kavanaugh would be an anti-choice judge, but she refused to believe them. She's now in the race for her political life for her votes being so far outside the mainstream of Maine voters. Kavanaugh isn't the only anti-choice judge she's supported. By June 2016, she'd voted to confirm 32 others.