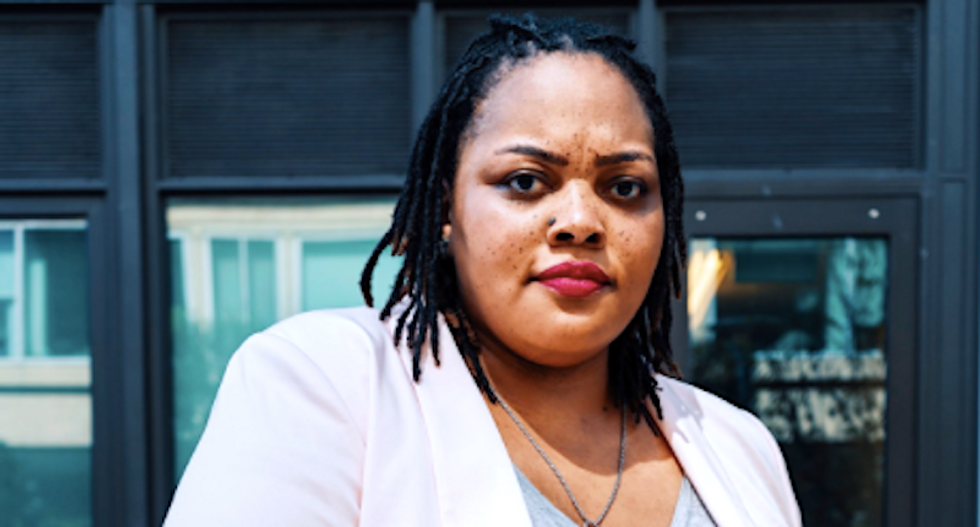 A Tennessee county commissioner fired back at racist death threats she's received since fighting to cut funding for the sheriff's office by 10 percent.

Tami Sawyer pledged to cut the Shelby County Sheriff's Office budget and criticized their use of tear gas against police brutality protesters last weekend, but her measures failed twice after the sheriff begged to keep his funding, reported WHBQ-TV.

“To take an $18 million cut, you know, no sir, I cannot operate the jail," Sheriff Floyd Bonner told commissioners, "and I cannot -- a lot of my law enforcement operations will be hindered by that. I think that’s very unfair of this board for even talking about it.”

Sawyer came back with a 5-percent cut proposal, which also failed, and she blasted her critics and Memphis police for an inflammatory post about her on their Facebook page that has drawn hundreds of racist comments.

"Since I called for #defunding on the Co Sheriff Budget yesterday, the flood gates have opened with threats and attempted insults," Sawyer tweeted. "No shock. I was 1st threatened with death 5 years ago & they haven’t found me floating in the bottom of the Mississippi yet. I share to document."

Since I called for #defunding on the Co Sheriff Budget yesterday, the flood gates have opened with threats and atte… https://t.co/sRhDncjB2v
— Tami Sawyer (@Tami Sawyer)1591713778.0

Sawyer made clear that she was seeking racial equity -- not harmony and friendship -- and argued for the reinvestment of wealth from law enforcement back into the communities that had built that wealth without compensation.

"It’s a redistribution of the wealth that was built on the backs of enslaved Black people whose backs broke while they picked the cotton and crops that grew the economy of not just the south but the entire country," Sawyer tweeted, "the Asian people you put in camps while they built your mode of transportation and the Native and Latinx people whose land you stole while forcing them into similar labor while displacing them from the water and land that was theirs."

She then took a swipe at her detractors, including Memphis police, and warned that she was keeping a record of all the threats to share with her private security.

"On a personal note, it’s funny that y’all are emailing me & posting on the Police page calling me divisive," she said. "Then you add 'fat slob' 'foul mouthed' and other descriptors to the commentary. You threaten to break into my house or 'have me shut up.' And you wonder why I’m outspoken."

Sawyer then explained what she was doing, and why.

"As accused, my agenda is a 'dark agenda,'" she said. "But it’s not evil & dastardly. It’s beautiful & powerful bc it’s for Black & Brown people to have their rightful allocation of assets, funding & opportunities that have been denied & skillfully kept away for too long by White America."

"Redistribute the funds," Sawyer added. "We aren’t looking for new friends. We want our youth and our neighborhoods to thrive."