Texas Gov. Abbott gambled on keeping his state open during pandemic -- and it blew up in his face: report 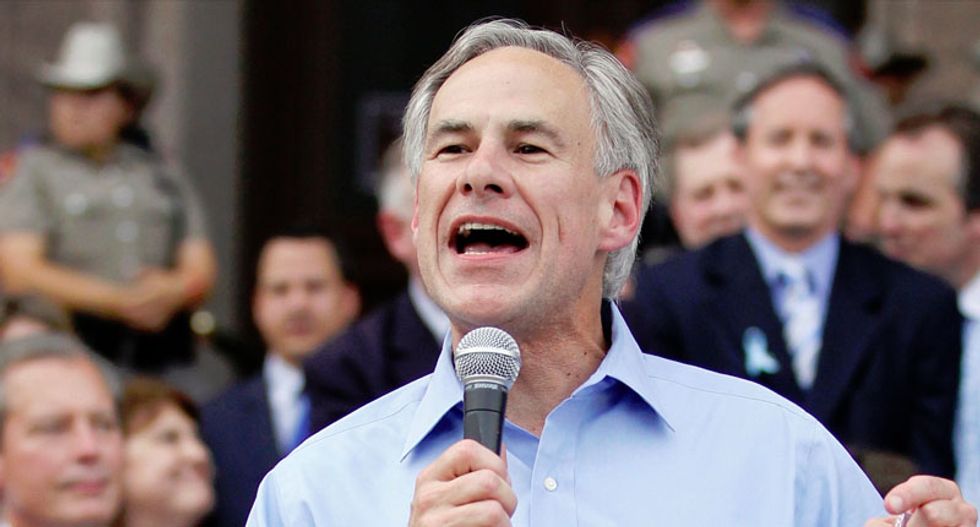 According to a report from Houston Chronicle, Texas Gov. Greg Abbott (R) thought that expanding his state's COVID-19 tracing program would keep him from having to shut down his state -- but got it wrong and now his state is being overwhelmed with coronavirus patients.

The report notes that Abbott promised in late April that the tracing program would "box in the expansion of COVID-19," but the reality of rushing to set up the program after failing to take necessary methods to halt the spread of the coronavirus pandemic has proven to be a disaster for the Republican governor.

"Local health officials say standing up an army of tracers and the infrastructure to support them has been far more complicated than it may have seemed," the Chronicle reported. "Key components of state and local tracing programs were not in place as Abbott expanded reopenings in May and June, even as cases began to rise and testing for the virus fell short of expectations."

With the report stating, "The rushed debut, compounded by an outdated reporting system and delays in processing tests for the virus, made it difficult for tracers to head off the rise in cases now sweeping across Texas, according to health officials," one Texas A&M University epidemiologist stated, "I think the impression was that it was ready to roll out.”

On Wednesday the Republican governor conceded things have not gone as he planned as he delayed further reopenings while Texas hospitals were overwhelmed with COVID-19 patients, with Abbott telling reporters, “There is a massive outbreak of COVID-19 across the state of Texas.”

According to Dr. Mark Escott, health director at Austin Public Health, “If we look at the efficacy of contact tracing in other countries where that worked, that contact tracing happened when the places were generally shut down, when people were not moving around. That’s not happening here. Things are still open, and we’re trying to contact when we’re getting hundreds, perhaps more than a thousand cases a day being reported in.”

Chris Van Deusen, a spokesman for the Department of State Health Services added that the state could have started earlier and that the governor was late to take the pandemic seriously.

“We will be adding more functionality over time, but that core ability to do contact tracing was there on April 27 with Texas Health Trace,” Van Deusen stated.