‘The first four years were practice?’: Trump scorched for not being able to say what he wants to do if re-elected 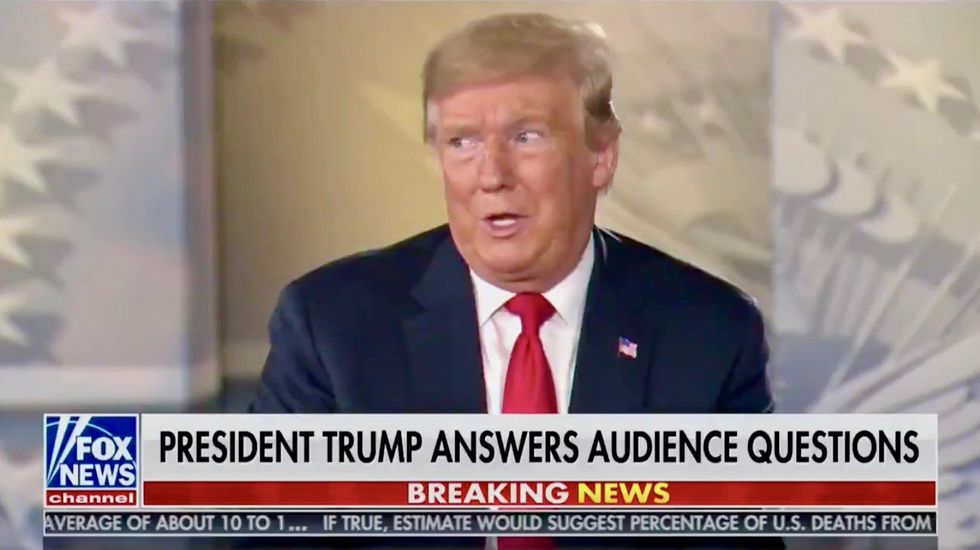 'Not Even Bothering to Make Campaign Promises'

From social media users to top political reporters President Donald Trump is getting embarrassingly mocked for not being able to answer this simple question: "what are your priorities for a second term?" What makes it even worse is the question came from Trump's good friend and unofficial advisor, Fox News host Sean Hannity – who flew with him to Wisconsin on Air Force One, so the question likely was not a surprise.

What was Trump's response to the softball question?

"I never did this before," the President, three and a half years into his term, added. "I never slept over in Washington. I was in Washington, I think, 17 times. All of a sudden, I’m President of the United States. You know the story. I’m riding down Pennsylvania Avenue with our First Lady, and I say, 'This is great.' But I didn’t know very many people in Washington. It wasn’t my thing. I was from Manhattan, from New York," Trump continued, rambling.

Politico's top reporters, Anna Palmer and Jake Sherman, like many who have heard Trump's response apparently were stunned listening to the disastrous answer.

"Does Trump have any idea why he wants another term in office?" they asked on Politico Playbook. "The crux of this answer is that he knows people in D.C. now -- as in, the first four years were practice? Huh?"

And in the perfect example of just exactly what a reality TV show presidency this is, Trump's "Hannity" interview aired on Fox News at 9 PM. But 92 minutes earlier the Wall Street Journal editorial board published a scathing editorial that was nearly a script for Trump's Hannity question. The editors declared the President "still has no second term message beyond his own grievances." Which Trump proved less than two hours later.

Milestone: I thiiink this is the first time a Trump campaign official has criticized me for posting a perfectly acc… https://t.co/V8nXIZt4O8
— Daniel Dale (@Daniel Dale) 1593180837.0

None of this should come as a surprise. Just days ago one of the many criticisms of Trump's Tulsa campaign re-launch was he had no message.

@atrupar Hannity: What will your priorities be for a second term? Trump: Skip-skippety-bee-bop baboom baboom
— Splenetic Badger (@Splenetic Badger) 1593136548.0